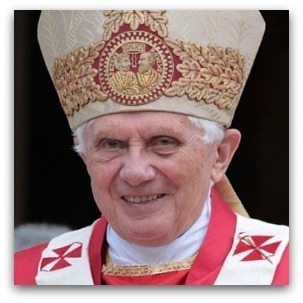 The panel proposes recognition of the prior occupation of Australia by Aboriginal and Torres Strait Islander peoples, and acknowledging their continuing relationship with their traditional lands and waters, and their cultures, languages and heritage.

The report reveals that many Australians do not even realise that explicit racism is among the principles and ideals in the Constitution, and how significant this is because they continue to provide the foundation for the work of our lawmakers.

Aside from the pointedly scant acknowledgement to the Indigenous Australians that were regarded as a 'doomed race', the most blatant example of racism in the Constitution — the exclusion of 'Aboriginal natives' from the census — was removed in the 1967 referendum.

But racism remains elsewhere, such as in the part of section 51 that gives Parliament the power to make laws for 'peace, order, and good government' with respect to 'the people of any race'.

Other traces of racism in the Constitution are more symbolic than practical, but this is significant because symbol can be as potent as practical possibility. There is section 25, which says people who are excluded from voting based on race cannot be included in the tally when seats in the Lower House are divided up. Removing that would have no practical effect, because nobody is excluded from voting on racial grounds any more.

It seems that those who've been aware of racism in the Constitution and prepared to tolerate it, have taken the same 'if it ain't broke, don't fix it' approach that is commonly used to justify maintaining the monarchy. This effectively blesses the attitude that it's acceptable to regard Indigenous Australians as second class citizens in theory as long as we treat them as equals in practice.

Perhaps we allow this because of a not always well placed pride in the pragmatism that we often think of as a laudable national characteristic. But it is racism.

Surely the right thing to do is to consult Indigenous Australians, as the expert panel itself has done.

As a sample of Indigenous opinion, last week's media release from the  National Aboriginal & Torres Strait Islander Catholic Council (NATSICC) suggests the constitutional status quo does not even pass the pragmatism test. Chair Thelma Parker says justice for Indigenous Australians will be subject to political whim until their rights are enshrined in the Constitution.

'Currently we feel as if the goal posts are constantly shifting due to the ability to change Statute Law and legislation relatively easily via Parliament and often without consultation with Indigenous people. The Constitution, however cannot be changed without the will of the Australian people. That is the strong foundation that we are talking about.'

Unfortunately the implementation of the proposals of the expert panel will itself be subject to political whim, and opposition leader Tony Abbott has already indicated that, in broadly welcoming the report, he has 'some reservations about anything that might turn out to be a one clause bill of rights'.

Over the holidays, many cinema goers have seen The Iron Lady, the affectionate and mostly sympathetic portrayal of Margaret Thatcher, the divisive British prime minister who held office between 1979 and 1990.

She was credited with turning around the economic fortunes of the United Kingdom, and giving Britons reason to be once again proud of their nation. But unemployment and poverty increased markedly during the Thatcher years, and the gap between rich and poor widened significantly.

Thatcher always defended her social policy, and insisted it was up to the poor to help themselves. She believed the poor choose poverty, and said as much in a 1988 speech to the Church of Scotland General Assembly on the theme that Christianity is about spiritual redemption, not social reform.

'We are told we must work and use our talents to create wealth. "If a man will not work he shall not eat" wrote St Paul to the Thessalonians... Any set of social and economic arrangements which is not founded on the acceptance of individual responsibility will do nothing but harm. We are all responsible for our own actions. We can't blame society.'

The idea that the poor can be cast adrift to sink or swim in the market economy, and do not need any protection from the state, is consistent with the thinking that brought on the GFC and the eurozone crisis. In a recent article in Thinking Faith, the Irish Jesuit professor of philosophy William Matthews alluded to Thatcher's role in the initiation of the 'contagious ethos of the deregulation of finance from political control'.

'This school of thought was convinced that a free global market economy would make the world a much better and prosperous place for all. What resulted over time was a dysfunctional shift in power relations with the financial world gaining unprecedented control.'

Matthews suggests Thatcher and the other architects of the free market system that allowed the calamitous binge behaviour that led to the current crises, should be held responsible in the way that engineers are culpable when their misjudgments lead to injury or loss of life.

'We are now suffering from the consequences of their carelessness. You never design an air traffic control system or a nuclear power station without the highest level of built-in safety features. To ignore those features and cause public harm could result in prosecution.'

Perhaps the best comments on Thatcher and the current public adulation she is enjoying are those of Meryl Streep, the actor who plays her in the film. Speakingon the ABC's 7.30, she made it clear that she 'still disagree[s] with many, many, many of [Thatcher's] politics', but that the politics need to be put into perspective with Thatcher's humanity.

Comparing her role as Thatcher now to playing Lindy Chamberlain many years ago, Streep said:

'Maybe there's a pattern in my life that I want to sort of defend the humanity of people that we've made into emblematic figures of one sort or another, figures of hatred or saints.'