Yesterday I was with the travel agent collecting my e-ticket for travel to Europe in two weeks from now. I'm flying Korean Air, with an overnight stop in Seoul.

Curious to see his response, I showed him the 'Trump poised to strike N Korea' headline that I'd just noticed on my phone app. I asked him to tell me what happens to my flight if Trump does strike North Korea. He was understandably evasive. 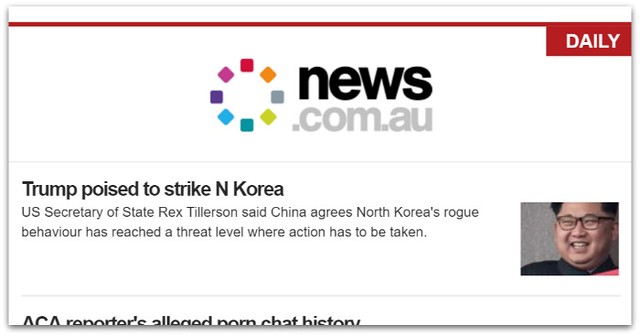 The truth is that I'm not really worried about the flight being cancelled or even coming to grief. What will be will be. Even in these circumstances, it's probably true that I'm more likely to die in a road accident some other time than in a plane falling from the sky or missiles hitting Seoul on 26 or 27 April.

But I do fear for the people of South Korea and Japan who are without the options I have. They are the ones who will really suffer because of Trump's choice to use military rather than diplomatic means to solve political conflict.

Undeniably there's method to Trump's madness. It will play well at home among those who are deluded enough to believe he's just honouring his election promise to 'make America great again'. But talk about evil empires! 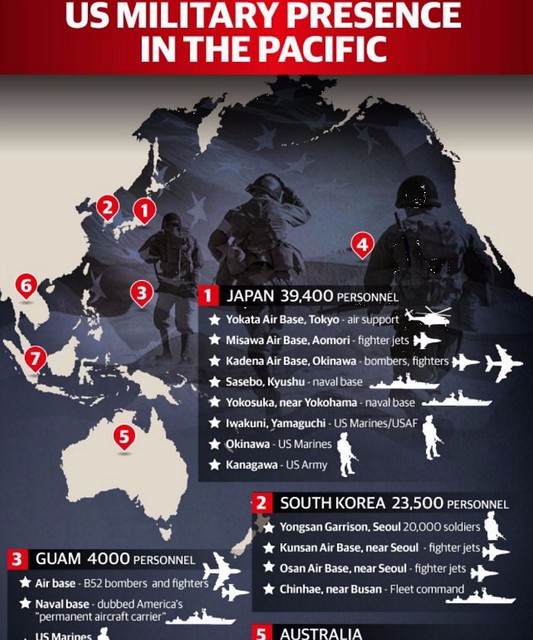 When I was in King Street Newtown on Saturday afternoon, I saw a man with a Japanese face walking the street carrying a sandwich board promoting peace. Some people averted their gaze because he was just an eccentric elderly man making a futile gesture. I'm pleased that I was able to look him in the eye and nod and smile supportively.

Momentarily I wondered what it would take for him to have conferred upon him the coolness and respect associated with the legendary Arthur Stace. Stace was the reformed alcoholic who walked the streets of Sydney for 35 years spreading his message by chalking the word 'Eternity' on the footpaths in his distinctive script.

Years after his death he became a cultural icon. His message featured in the 2000 Olympics Opening Ceremony and it lit up the Sydney Harbour Bridge as part of New Year celebrations that year. 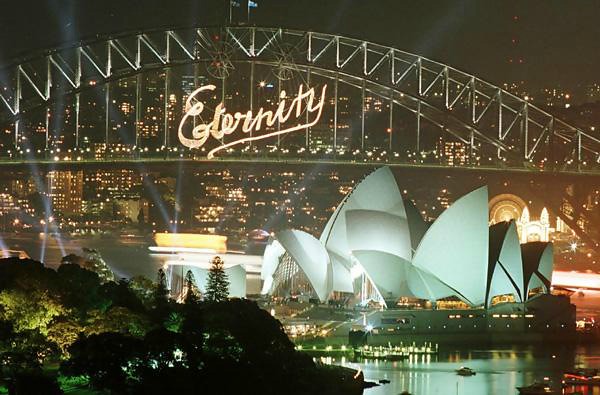 The question is how you lift Australia and the world out of its complacency and start a mass movement for peace. We are now are a crossroads, which I think is evidenced by the feeble and unconvincing nature of Malcolm Turnbull's endorsement of Trump's cruise missile strike on Syria following Assad's acid attack on his own people.

Does Australia really have that much to lose by remaining silent on this (like New Zealand)? Or even adopt a critical posture and advocate directing resources towards diplomacy rather than building the war machine. The possibility is open.