An earthquake registering 6.3 on the Richter scale devastated the centre of Christchurch at 12:51 pm on 22 February 2011. It was one of a series of earthquakes that struck the city within a twelve month period, with a death toll of 185.

Of those who fled the city seeking refuge elsewhere, some were too traumatised to return, and Christchurch lost its status as New Zealand's second most populous city to Wellington. Those who did come back were very much determined to reconstruct the city, and their efforts are only beginning to take shape.

Walking around the city centre on Sunday, I could see that much of the area was fenced off and yet to see significant reconstruction activity. I could sense the panic and suffering that took place in this area and was struck by the relative lifelessness there is today. 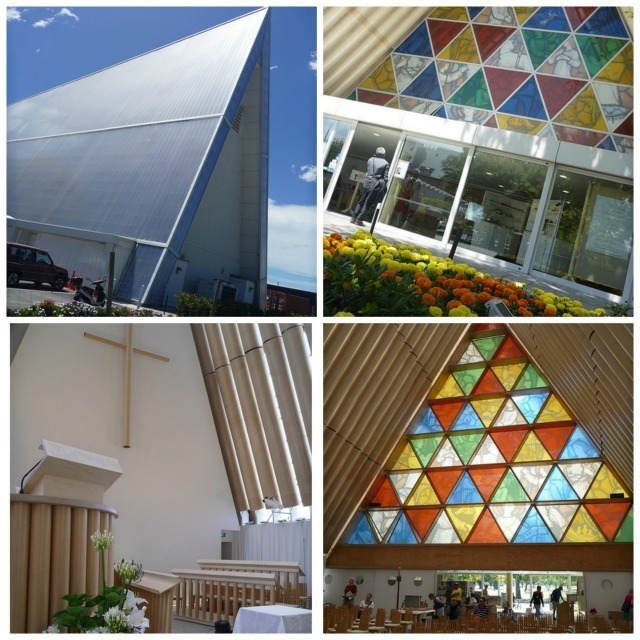 The 'green shoot' that was most evident to me was the Transitional Cathedral of the Anglican Diocese of Christchurch, better known as the Cardboard Cathedral.

The NZ$5m A-frame structure was designed by Japanese architect Shigeru Ban and opened in August 2013 on a site located a few blocks from the original cathedral that was destroyed by the quake.

My visit transformed what was for me quite a desolate experience of the city centre. I appreciated the beauty of the construction, the welcome of the volunteer guide, and the pervading hope that the whole city centre will one day come back to life. There was the very unusual and mesmerising architecture, and also simple touches such as the flowers in the garden beds in front of the main doors.

I can't recall ever visiting the scene of a natural disaster in the interim period between clean up and major progress in reconstruction, and I did feel quite paralysed by the experience. But it was a Sunday, and I imagine that it could be a much more optimistic feeling if I go back there today when where will be more activity.

It did make me think about the concept of disaster tourism, which is defined as the act of travelling to a disaster area as a matter or curiosity. This can include 'rubbernecking', or travel with the specific intention of paying respect, or something in between.

I remember being in New York in December 2001, a little more than three months after the 9-11 terror attacks. I had no thought of going to Ground Zero but I did talk to a local who said that residents were disturbed by tourists visiting the scene to take a look. In time Ground Zero has become a destination for those wishing to honour the victims of the disaster.