Late on Saturday I arrived in the inland Sicilian city of Ragusa. With about 73,000 inhabitants, it is built on a limestone hill between two deep valleys. It is one of eight cities in Sicily’s south-east that is part of a UNESCO World Heritage Site.

When UNESCO put the towns on its list in 2002, it described them as ‘representing the culmination and final flowering of Baroque art in Europe’. 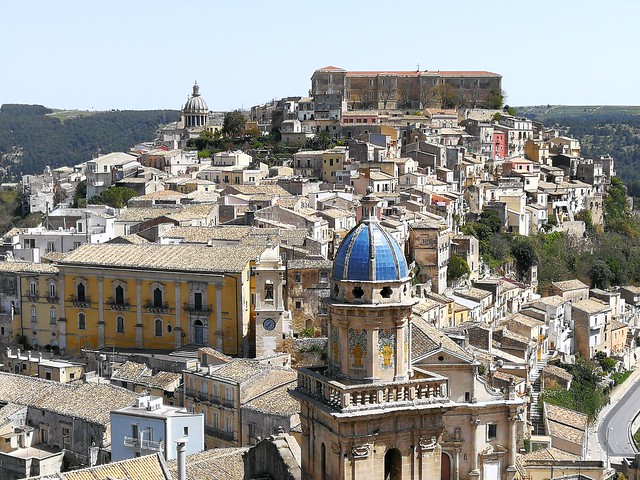 That is because they were destroyed by a large earthquake in 1693 and subsequently rebuilt in the baroque and renaissance style that was current at the time. A bit like Napier in New Zealand, which was razed by an earthquake in 1931 and rebuilt with Art Deco architecture.

Why did I choose Ragusa over the other cities, which are undoubtedly all beautiful? It’s because I’ve had it in my mind for 20 years that I wanted to visit Ragusa one day. It is the home town of a former colleague, and also a couple that I was friendly with when I lived in Rome in 1997-98.

They would talk about Ragusa with love and affection, although it was clear that they preferred to live in the big city. It seems my airbnb host Giuseppe is much the same.

Giuseppe lives and works in Milan and his plan is to have his parents help with looking after guests. Nevertheless he was at the local bus station with his parents when they came to pick me up after I’d taken the 90 minute journey from Catania Airport on Saturday evening. I am his first airbnb guest and it seems he is determined to get things right. 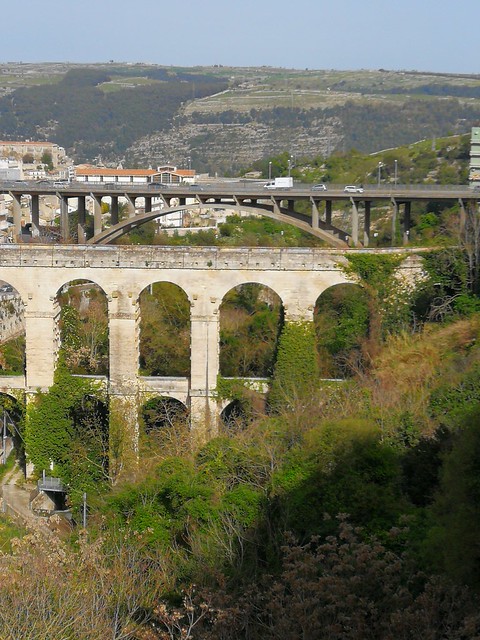 As expected, I’ve noticed many older people and not so many young people about the streets. There are empty shops, but clearly the residents have a sense of pride in their city, which is well-maintained and gradually being discovered by tourists.

My gauge of a tourist location is how easy it is to manage in English. In Paris, I’ll ask for something in broken French and they will answer me in English. Here they are answering me in Italian. Fortunately the patchy Italian I learned many years ago has come out of hibernation after my 19 year absence from the country.

After my ten kilometre walk around the older section of the town - mostly up and down steps - I went to the railway station to book my ticket for tomorrow’s journey to Catania, where I will spend four days.

The train takes the scenic route, and the travelling time is over four hours. The station was deserted and slightly derelict, as I guess most locals would favour the 90 minute bus trip.