In the news today is the decision of Myanmar's leader Aung San Suu Kyi to cancel her scheduled trip to the United Nations General Assembly.

The explanation is that she's having to deal with the crisis that has forced about 400,000 Rohingya Muslims to flee to Bangladesh. Obviously she also wants to avoid being called to account for her failure to protect the Rohingya from what the UN's top human rights official Zeid Ra'ad al-Hussein has described as 'a textbook example of ethnic cleansing'. 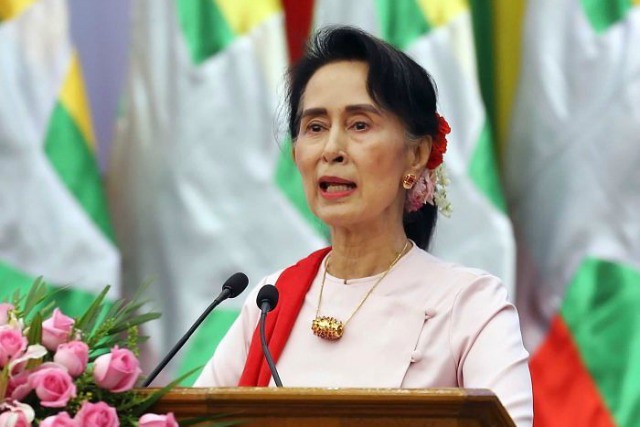 For some time she has faced criticism for her silence on the increasingly violent oppression of the Rohingya. As friends of mine became impatient with her during the course of the past year, my instinct was not to judge.

I told myself that she's a politician not a saint, and her continued leadership of the country depends upon her willingness to act according to the wishes and prejudices of the country's Buddhist majority, however odious they may seem to us. Her masters are the people of Myanmar - who democratically elected her - not the former colonial powers who gave moral support to her elevation to the leadership.

Yesterday my view was well articulated by commentators Waleed Aly and Scott Stephens on their ABC radio podcast The Minefield. Aly said:

'The Aung San Suu Kyi who was sold to the world, the crusader for human rights... was a creation of western human rights subcultures, of the culture of celebrity that surrounds a political prisoner.'

But in the end their guest - the Australian Catholic University's 'bitterly bitterly disappointed' Catherine Renshaw - was more convincing in maintaining that a rhetorical gesture from Suu Kyi in support of the Rohingya would 'have incredible power'.

Instead, Renshaw said, Suu Kyi's rhetoric is working in service of the ethnic cleansing. The 'disinformation' put out by her Department of Information about the Rohingya burning their own villages is 'so reminiscent of the oppression and the state apparatus of fear and silencing that characterised SLORC, the regime that kept her under house arrest for 18 years'.

The time is coming for international powers to act to avoid a proper genocide as happened in Rwanda two decades ago. Back then they dithered until it was too late. This time it's likely there will also be procrastination. But worse. Back in the 90s there was a consensus of moral leadership among western powers. But now that nationalism has taken root in so many countries, there's little support for action from powers beyond Germany and a handful of other European countries.