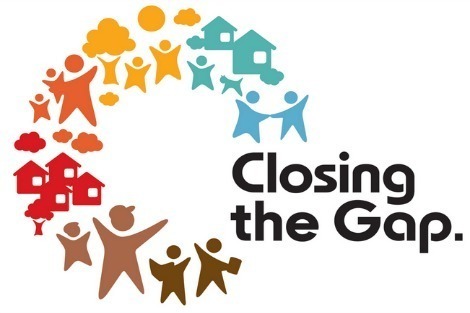 The Prime Minister's Closing the Gap speech to Federal Parliament last Wednesday was a finely crafted piece of work that failed to hit the spot. It was heartfelt, but the words seemed hollow.

It has become a personal mission to help my fellow Australians to open their hearts, as much as to change their minds, on Aboriginal policy ... Even as things began to change, a generation or two back, our tendency was to work forAboriginal people rather than with them. We objectified Aboriginal issues rather than personalised them.

Yet this objectification is what underlies the current focus of Indigenous policy, which is to 'close the gap' in statistical disadvantage.

Statistical disadvantage has, in the words of University of Queensland analyst Elizabeth Strakosch, 'become the dominant way of framing the relationship between Indigenous and settler Australia'. It is, she suggests, the sum total of 'our national Indigenous policy'. According to this view, it misses the point that human reconciliation needs to be achieved before the statistical gap can be closed.

Whether it's our Indigenous policy, or merely a campaign, 'Closing the Gap' is a media-friendly way of presenting in simple terms the complex challenge we have ahead of us. It facilitates the selling in overstated terms of any short-term improvements in the figures.

It is not policy that has been thought out and developed. Rather it is a justification for getting out the big stick to achieve short term gains that will look good on the Government's political report card when the next election comes around. An example is the initial apparent success of the truancy officers measure, which Abbott referred to in his speech:

At my first COAG meeting, every state and territory agreed with the Commonwealth on the need to publish attendance data from every school. And that's why, at 40 remote schools, the Commonwealth is already funding new anti-truancy measures that, on day one of the 2014 school year, in some communities, seem to have boosted attendance from under 60 per cent to over 90 per cent.

What will attendance figures be in five years from now? What statistical blemish is he covering with his use of the word 'seem'?

Objectifying Indigenous Australians with such an overarching use of statistics represents another half-measured stab at improving the lives of Indigenous Australians. It is akin to its predecessor, the failed paternalistic NT Intervention that began during the Howard era and was continued by the successive Labor governments.

As Elizabeth Strakosch also points out, the Prime Minister 'has appointed his own advisory council on Indigenous affairs, rather than engaging with the elected National Congress. This sits uncomfortably with his commitment to a new engagement with Indigenous Australia.'

Close the Gap's preoccupation with statistics ignores the fractured social and political relations between Indigenous and settler Australia. It makes events such as the 2008 Apology to the Stolen Generations and the 2000 Sydney Harbour Bridge Walk for Reconciliation seem tokenistic. Especially when we consider ongoing hurts such as the annual Australia Day celebration, and the Australian War Memorial's refusal to recognise the death of at least 20,000 Indigenous Australians from 1788 at the hands of colonial authorities and settler militias.

The use of statistics to improve the lives of Indigenous Australians must go hand in hand with attempts to build human bonds between Indigenous and settler Australians. Building bonds is much more difficult than quoting and manipulating statistics. But it is likely to be more enduring.