I’m with my sister and brother in law in Catania, the largest city on the east coast of Sicily. They’ve come here from their home in England’s south-east.

She enjoys cooking, and her idea of a holiday is to take a serviced apartment near an interesting food market and use the kitchen to prepare a nice meal herself, rather than rely exclusively on restaurants.

What caught her attention at the market yesterday were the wedge clams. They’re a species of small shellfish native to the Mediterranean and Atlantic coasts of western Europe. They’re known here as telline, and are similar to pippies in Australia. 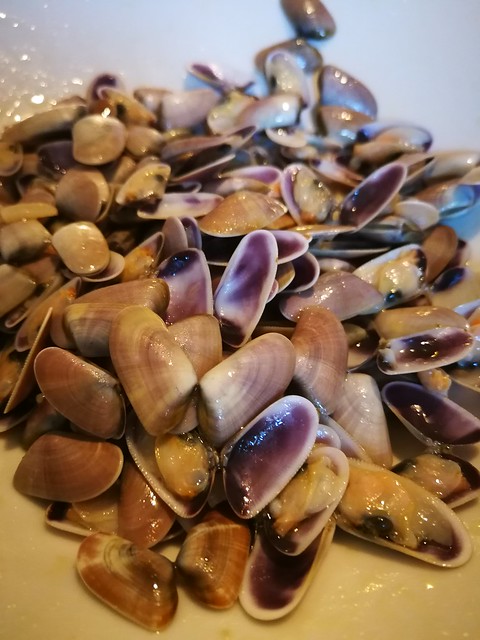 She cooked them in a pan with garlic and olive oil and we enjoyed the dish as an entree with a glass of Sicilian rose. She was trying to reproduce part of a sensational meal we enjoyed last May at the home of a former Australian work colleague of mine outside Nîmes in the south of France.

After returning from the market, my sister had thought she’d bought too many of the wedge clams. She was proved wrong.

This includes snacks such as arancine, the deep-friend rice balls with various succulent fillings that I see everywhere around here. There are also the tubular cannoli pastries. The filling is ricotta cheese, with a generous quantity of sugar. The one I enjoyed in Ragusa had ground pistachio nuts at each end.

Perhaps the most vivid food memory I will take away with me is also the simplest. When I first arrived, I was provided with a large bowl of oranges and lemons from the garden of the parents of my airbnb host.

As I wasn’t planning to do any cooking, I wasn’t sure what I was going to do with the four or five lemons. I thought I’d squeeze a glass of orange and lemon juice, and accidentally learned that Sicilian lemons - these ones at least - are sweet enough to eat in the way we’re accustomed to consuming oranges.

So for breakfast this morning, I bought a lemon and two oranges from a vendor in a small truck parked outside the apartment building. The oranges turned out to be blood oranges, which are currently in season. 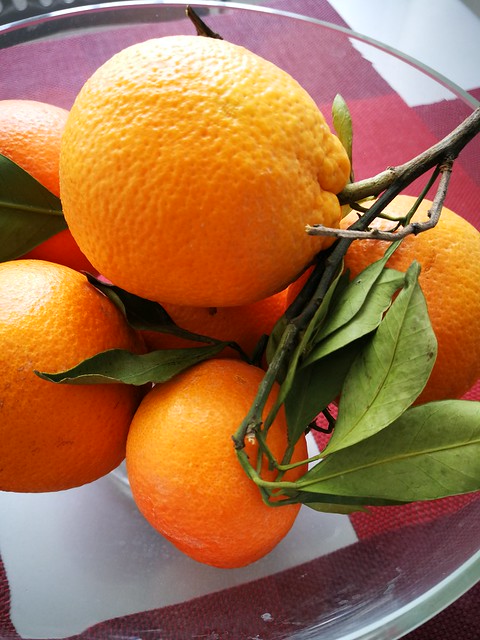 This afternoon I returned and bought a bag of six of the blood oranges for a euro. Almost immediately, I sat down to eat one read about them online. They’re of the ‘tarocco’ variety that are famed for their sweetness and juiciness. As a bonus, they have the highest vitamin C content of any orange variety grown in the world, mainly on account of the fertile soil surrounding Mt Etna.