On Monday my sister and I took the train from Kent to Nîmes in the south of France to stay with a friend and former work colleague, in his home in a village about 15 minutes drive from the relatively small provincial capital with around 146,000 inhabitants. 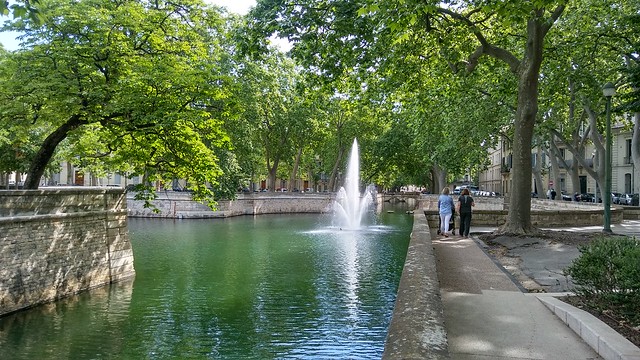 It's nearly three decades since we worked together and seven or eight years since he moved here to his wife's native region after their marriage seven or eight years ago. Life is good when you're in wine and cheese heaven and we've felt especially privileged that they've shared theirs with us.

Aside from the heavy duty hospitality, we've had the unseasonal warmth and sun of a successive pre-summer 29 degree days. Weather is like a game of chance but if it's good it always puts a stamp of satisfaction on a travel experience. 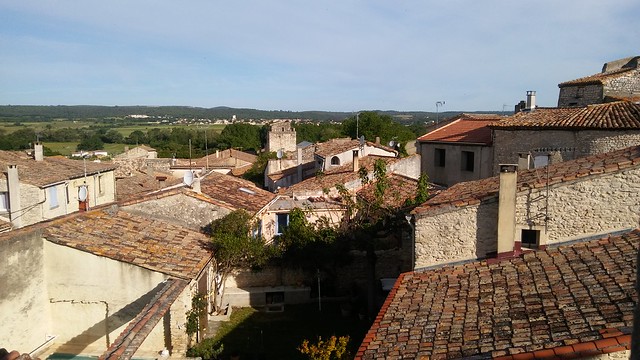 We've acquired a good sense of family life and village life. It's a sleepy but vibrant village with a population of around 600 in a setting that is dominated by small vineyards. Every village has a wine co-op which has usually been set up more than a century ago to make and distribute wine.

The economics of winemaking has changed a lot and these days some co-ops are viable and some are not. On our first day we took a ten litre plastic container to a local co-op and paid 14 euros for the attendant to fill it with what seemed a very good rosé.

There are no shops in the village but regular visits from various small business people such as the butcher and the baker. On our first morning we met the Lyne the baker. 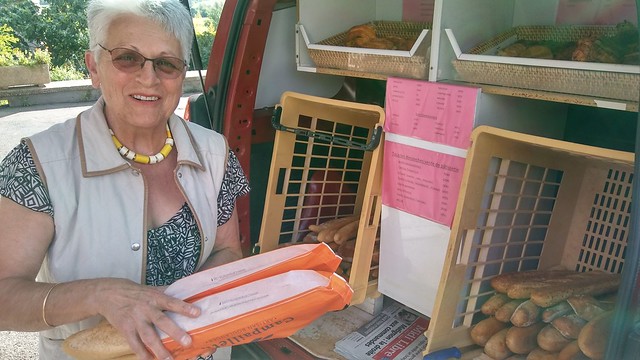 There's always politics to be talked about, and I was interested to hear that the elections to the village council had been quite hotly contested with some unexpected candidates putting their hats into the ring and doing well.

But not surprisingly, most of the talk was about the recent national elections and the success of the new president Emmanuel Macron. When we had guests, I was not anticipating a variety of opinions.

I'd assumed there would be overwhelming relief that France had rejected Marine Le Pen and dodged the chaos and bad energy of a government playing to fear with promises to fortify borders. But there was also cynicism about Macron's winning the day with his consummate ability as a political chess player. 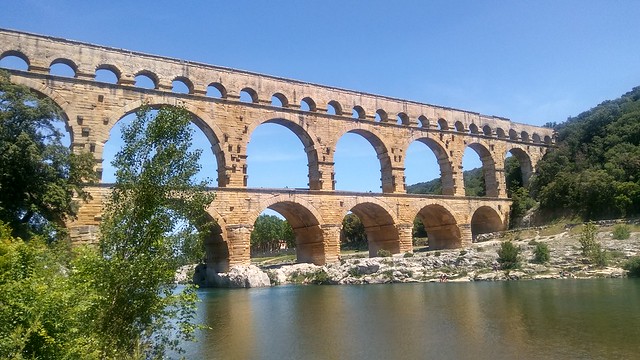 The same was true on Tuesday when we walked around Nîmes, which was the destination for the water flowing through the first century aqueduct.

Nîmes has a lot of constructions surviving from Roman and later times. Many of them are fortifications, some built or adapted by Napoleon. 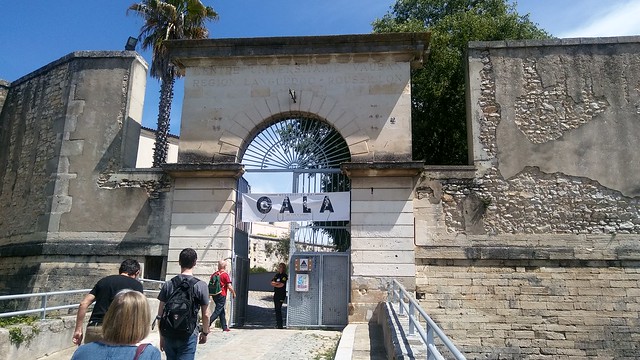 I was struck by the need to fortify cities and villages to protect their populations from outside threats, from ancient times until the present, with the current day prevalence of terrorism.

Our friend took us to the gate of a campus of the University of Nîmes. It is located in an old fort built in the 17th century by Louis XIV's military architect Vauban, who is best known for his advice on how to consolidate France's borders to make them more defensible.

In what is quite a recently imposed restriction, we were not allowed inside the university compound. At the gate there is now a presence of officers in military uniform using Vauban's fortifications to protect students from the present day terrorist threat.