After I wrote that I'd been meditating, a relative reminded me of a previous discussion in which we both indicated we'd sworn off meditation after our earlier negative experiences of it. Mine involved a brutal power play by the novice master not long after I began my Jesuit training as an 18 year old.

After that, I always felt diminished when I attempted meditation. However in recent years I've developed the confidence to reassert myself pursuing various activities I'd struggled with earlier in life because of a power imbalance between myself and another person.

'Power imbalance' is used to describe the exploitation of one human being by another where the exploiter has significant power and influence over the exploited. It can involve the sexual gratification of clergy or politicians where the victim is a minor or a junior staff member.

But it can also be a more insidious assertion of the cultural dominance of all-powerful institutions. 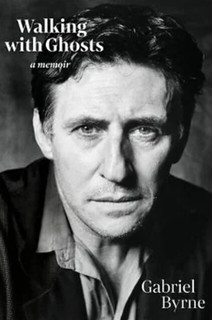 Some students took this as a defeat, while for others it was a challenge.

The Irish born actor Gabriel Byrne tells of overcoming the negative aspects of his Catholic schooling, to become an actor, in his memoir Walking With Ghosts. I read this last week, after getting to know him through watching all 106 episodes of the TV series In Treatment - in which he plays a therapist - as part of my lockdown routine earlier this year.

He writes about how he learned acting: 'Sealed off in a windowless room, I dare to take risks. To free myself from judgment. Battle with doubt and fear of failure. Marry movement to emotion. Be brave. Be still. Trust myself. This Sisyphean pushing of a rock up a hill; slowly gaining confidence.'