I'm in Barcelona at the tail end of my five week trip. I spent most of it staying in the one location, with my sister in Kent, England. But I've been on the move for the past six days in the north of Spain, visiting Bilbao, Logroño, Vitoria and Barcelona.

When I'm moving, I tend not to have the time and presence of mind to write these reflections, so I'm pleased that I woke up at 4:00 this morning unable to sleep with time to fill in.

Being in Barcelona briefly reminds me of my first trip to Europe in 1993 when I visited five countries in five days (Frankfurt in Germany, Turin in Italy, Strasbourg in France, and then Barcelona and London). I was trying to visit as many countries as possible in the short time I had off work. 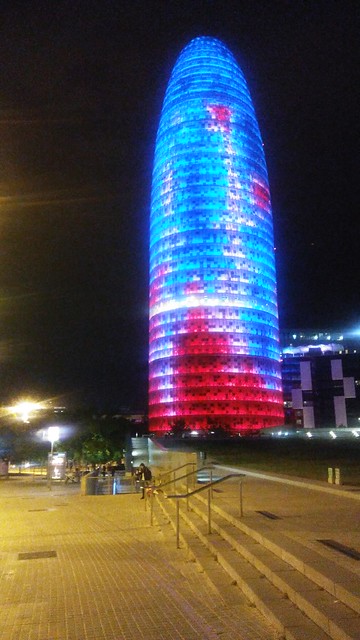 In 1993 I visited Gaudi's Sagrada Familia Cathedral, which is possibly my favourite tourist attraction anywhere. I think it is a rare triumph of human art and endeavour and religious faith that both believers and non-believers alike find totally arresting.

I visited it again in 1997 and 2015 and I plan to go there today, especially as it's nearby. Interestingly the view of La Sagrada Familia from the window of my airbnb apartment is obscured by another beautiful building, the Torre Glòries (above). Unlike La Sagrada Familia, it is arguably not intended to give glory to God. In fact its French architect Jean Nouvel spoke of what he called its 'phallic character'. 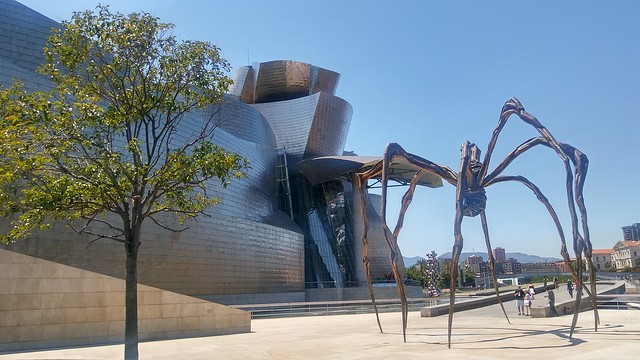 The other cities I visited in Spain were all new to me. There was Bilbao, which I bypassed on my tour through northern Spain in 1996 because my guide book discounted it as a dull and declining industrial city. The city's transition to a major centre of art and culture did not begin until the renowned Guggenheim Bilbao building opened a year later. Indeed it also jump started the city economically, adding over three billion euros to Bilbao's economy since it opened. It was labelled the 'Bilbao effect'.

For me, the building upstaged the art. I thoroughly enjoyed it as a spectacle but I found Bilbao's Museum of Fine Arts a much more satisfying experience of individual art works. A few days later, I was surprised to see another Gehry creation in a hotel building at the Marqués de Riscal winery I visited near Logroño. No doubt hoping for the 'Bilbao effect'. 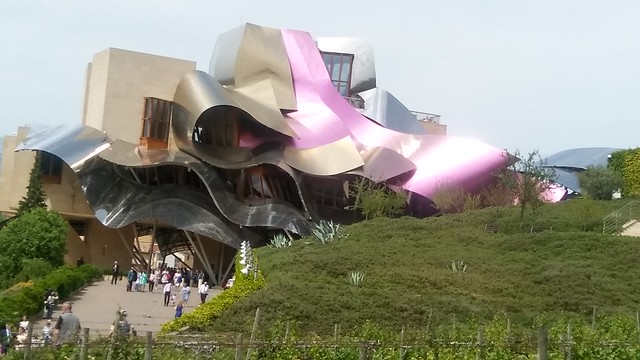 I'd never heard of Logroño before and my purpose was to see a friend who lives in a village outside the city. It's the provincial capital of the wine growing province of La Rioja and is located just outside the Basque country. In some ways it was reminiscent of Nîmes in the Languedoc wine region in the south of France, near to the village I stayed in a couple of weeks ago.

My other destination in Spain was Vitoria (Gastiez in Basque). It is the capital of the Basque region where my niece is spending much of this year working as an au pair and learning Spanish. I was warned not to expect much in the way of spectacle, but I appreciated its fine gardens and public spaces and buildings. In the way that I always enjoy a visit to Canberra. 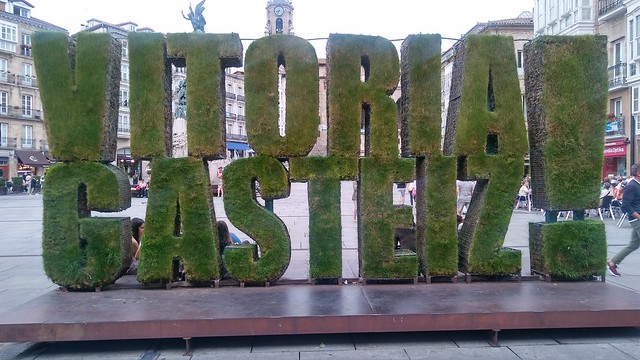 It seems a long time since I left England six days ago. My departure from there was memorable in that I took the opportunity to visit the Sidney Nolan exhibition in Chichester, as a detour on my way to Gatwick Airport.

The exhibition - and another that I saw in Australia House London at the beginning of May - were staged to celebrate the centenary of the birth of the artist the London Telegraph describes as both 'the Aussie modernist par excellence' and 'a central figure in British art' especially during the 1950s and 1960s. 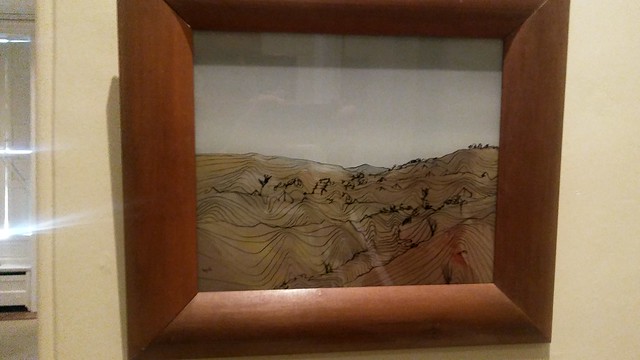 He settled in the UK in 1953 and died there in 1992 as part of the Australia's cultural brain drain that saw some of the country's best and brightest move to the UK but retain their Australian identity as part of their personal brand.