Somehow I get the daily email alerts from the Body and Soul website, which contain the Murdoch tabloids’ syndicated articles on personal wellbeing. Today’s headline – ‘Can you really catch up on lost sleep?’ – is relevant to me at this moment.

A day after returning to Sydney, my body clock is still on Malaysian time. The time difference is only three hours, but my body wants to go to sleep at 2:00 am rather than the usual 11:00 pm. Daylight wakes me hours before my body is ready. My Fitbit tells me I slept for only 6 hours and 4 minutes and I lack the energy and brainpower I need to face the day. 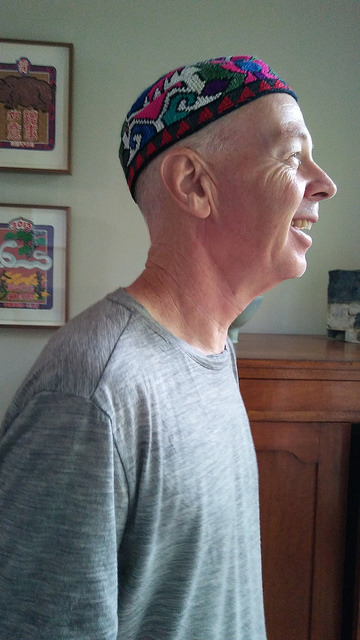 Re-entry into my own world in Sydney also requires a few cultural adjustments. The most interesting I’m facing is how to regard the beautiful knitted Muslim prayer cap that I have ended up with.

I bought it from the shop at the Islamic Arts Museum in Kuala Lumpur. It was intended as a gift for my friend at home, but he diplomatically rejected it because he has brown skin and said he feared being branded a Muslim and becoming an object of hate and fear in these troubled times.

My white skin makes it easier for me to wear the cap without attracting unwanted attention, so it’s more likely that I will feel comfortable wearing it.

As far as street wear in Newtown is concerned, exotic is the norm, so I’m fine on that score. But I need to go into it a bit more deeply to decide whether it’s really proper for me to wear it.

As a Catholic, I ask myself how I feel when I see people with a tattoo depicting the Virgin Mary or the Sacred Heart.

It is possible that the wearer of the tattoo is making a religious faith statement. But given the generation of most tattoo wearers, I would guess that it is unlikely that they are Catholics with a devotion to the Virgin Mary or the Sacred Heart. 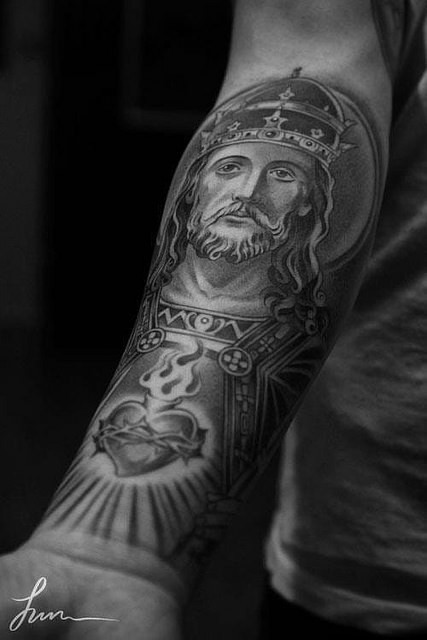 Therefore I can conclude that they have appropriated an element of my religious culture to make their own statement of cultural identity.

Do I resent that, or am I flattered? Personally I am flattered because they are giving articles of my religion their own form of cultural validation. They probably don’t accept much Catholic doctrine (not that I accept it all). But they’re conferring on my faith a certain degree of coolness, and I like that.

I ask myself what kind of cultural statement I am making in wearing the Muslim prayer cap. I would say that it is, in equal measure, a love of the exotic, and a (hopefully not misplaced) wish to express solidarity with my Muslim brothers and sisters in these hostile times.

I look forward to wearing it in the street, in exotic Newtown and in the shopping centre of a seriously Muslim suburb such as Auburn, to test the vibe.