Yesterday I spent six hours in the south-eastern Sicilian city of Syracuse. It is the important centre of politics and culture in ancient times that Cicero described at ‘the greatest Greek city and the most beautiful of them all’.

The vast numbers of school students and tourists and buses put me off the large archaeological site I headed for in the morning. But later I was walking around the waterfront area and came across the papyrus museum, the Museo del Papiro of the Istituto Internazionale del Papiro. I was the only visitor at the time, and I found it unexpectedly engaging. 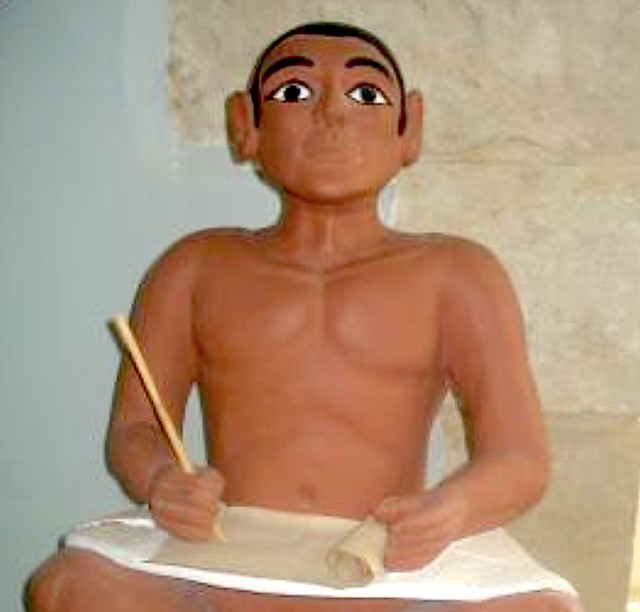 Papyrus is the thick paper-like plant material that was used as a writing surface from ancient times. It was the medium of choice for Vatican documents until the 11th century, and was also used for baskets, ropes, boats and other artefacts, most notably among the ancient Egyptians. The museum depicts its use in African cultures until recent times.

The displays are essentially the story of the work of the local scholar and adventurer Corrado Basile, who has been to Africa many times since the 1960s to study the use of papyrus. They include three papyrus boats that he brought back from different parts of the continent and numerous other artefacts.

Its relevance to Sicily is that, aside from Africa, it is the only location in the world where papyrus grows. The most significant presence of papyrus is along the banks of the Ciane River, just a few kilometres from Syracuse. It is also an indication of the physical proximity of Sicily to Africa, where papyrus grows throughout the continent.

I’ve long had an interest in the history of publishing and media. What most fascinates me about papyrus is that it was the only medium used for the dissemination and preservation of the work of the philosophers and poets of ancient times. Without papyrus, there is so much that would be lost to us. We can compare its usefulness and influence, and perhaps notoriety, to other media such as the printing press, radio waves and the internet.