Paris is known for its café culture but not for good coffee. A 2010 article in the New York Times asked why it’s so bad. The answer included old beans, over-roasted beans, second-rate machines, and coffee ground in batches and not to order.

Coffee in Paris is in fact getting better. But it’s mainly due to the influence of foreigners, including Australians and New Zealanders.
Pfaff, a business near me, sells coffee machines but not coffee. When I went there earlier this year I met a genial Frenchman named Guillaume, who learned to make good coffee when he worked in New Zealand. He will offer you a cup of his first class espresso if you’re chatting with him, perhaps in the hope that one day he’ll sell you one of his expensive machines. 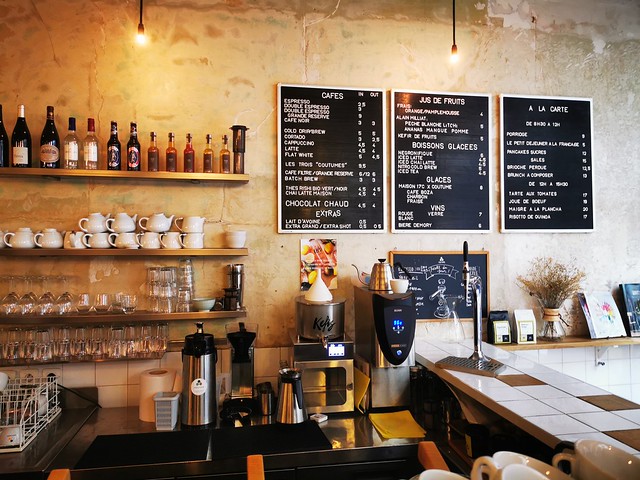 In Australia, it’s usual to have to travel some distance for a good cake shop or delicatessen. In Paris you have to do the same for a good coffee. I didn’t know exactly where to go until last weekend, when an Australian friend sent me a list of six of the best cafés in Paris for coffee. I’ve been walking the inner arrondissements and sampling one, each day this week.
The first I visited was Fringe, in the 3rd arrondissement. Its American owner has trained his American baristas in precision extraction (there’s a mathematical formula). There they put the hot water through the ground coffee for exactly 27 seconds. I didn’t hear any French spoken by the clientele. It was all American accented English. But the coffee was the best. 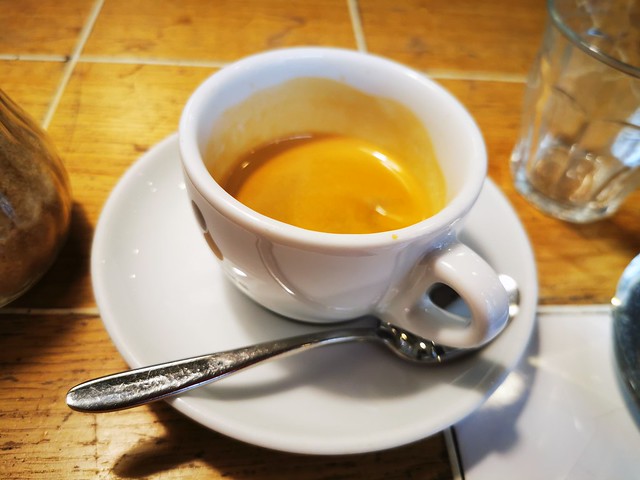 I’m no expert in what makes a good coffee but you know it when you taste one. The flavour is intense and it stays in your mouth for hours. At this moment I’m still savouring the Ethiopian double espresso that I had a few hours ago at Coutume, in the 7th arrondissement. While I was there the baristas were in WhatsApp contact with their Australian boss and co-founder and they seemed pleased but not surprised that an Australian customer had tracked them down.