I spent the weekend staying with relatives in their home by the beach on the coast at Gerroa, in the Illawarra region south of Sydney. Yesterday I accompanied my cousin when he went to the Memorial Garden at his local church to carry out an inurnment.

I'd never heard the word before. It refers to the placing in a 'niche', or some other resting location, a person's cremated remains that are contained in an urn. 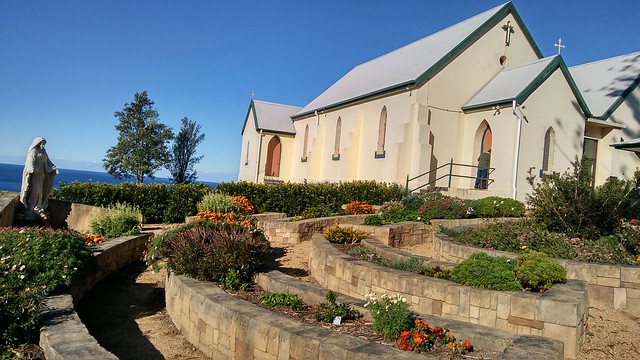 Following a ceremony at the end of Sunday Mass, my cousin dug the hole in the designated niche and put the urn in place before covering it with dirt and planting flowers over it.

The Memorial Garden was constructed and opened eighteen months ago. It is a variation on the form of the traditional labyrinth or maze and was inspired by the labyrinth in the Vatican Gardens.

It was suggested by my cousin's 91 year old mother, who had an urgent need to find the right resting place for the cremated remains of her husband - my father's cousin - who died in 2007. 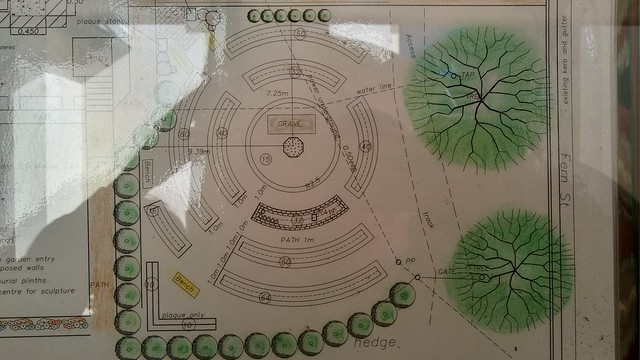 After the parish subsequently took up the suggestion and completed the design and construction, his remains were placed in niche 407. Adjacent niches are reserved for other family members and friends.

Yesterday I made a spontaneous decision to purchase niche 406, as I have become increasingly conscious of the need to specify what I would like done with my remains after I die.

Actually I've never had any particular wishes in this regard. For whatever reason - possibly to do with residual lack of self esteem - I've had an 'I don't care' attitude.

But increasingly I've felt concern for those around me when I die. They would be scratching their heads wondering what my unexpressed wishes were, and perhaps justifiably frustrated or annoyed that I had remained silent on the matter.

As of yesterday, this is resolved. 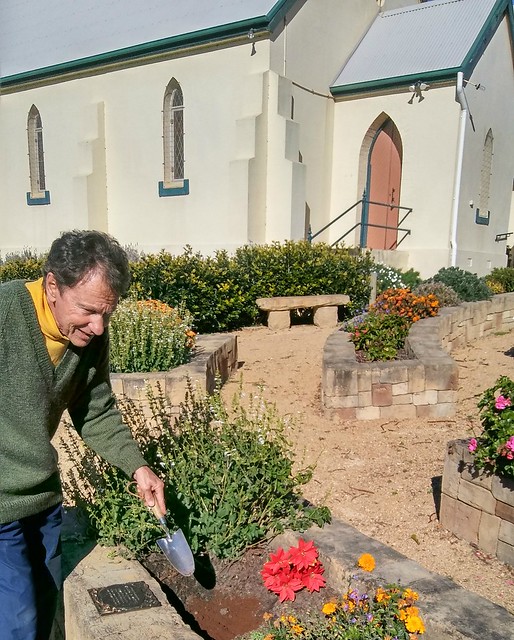 But it does cause me to reflect upon the changing sociological profile of the community and the reality that many people including myself no longer fit neatly with established church or other traditional rituals surrounding death and how they would like to be remembered.

I don't know how this plays out in practice. But I imagine that the circumstances for many people become awkward when they have not expressed what they would like to occur when they die, and have never been asked. How do you pay respect to a person who was single or lived a life that was singular?

This happens to people at all levels, with many not part of a traditional family when they die. They may be comfortable with that - as I am - but there's no pro forma, and it's important for us all to accept that we are worth remembering and to decide how we would like this to occur.