The exhibition Queer British Art 1861-1967 has recently opened at Tate Britain, the original Tate Gallery in London that was renamed to distinguish it from the separate Tate Modern.

I went there on Friday with mixed feelings, sensing that it could be more of an ordeal than a pleasure to see a show designed to highlight acting on same sex attraction when it was a criminal and social taboo.

Sure enough, I was pleased to get out of there when I'd given it the once over.

I saw too much that was either troubling or confusing. There was photographer Wilhelm von Gloeden's turn of the 19th century portraits of naked Sicilian 10-20 year old boys posing as classical athletes. I wasn't sure how this was different from the kind of child pornography that exploits and damages minors and is now a serious offence to possess. 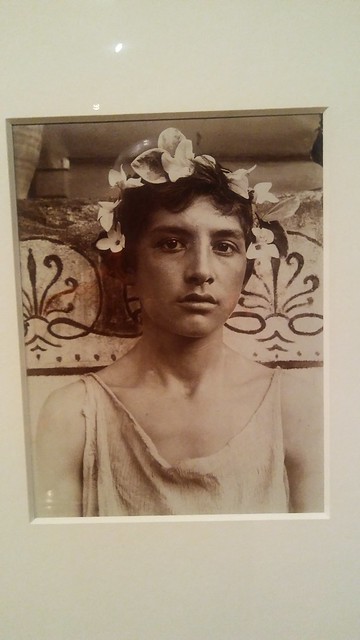 The exhibit's descriptive label refers to a writer who had a packet of van Gloeden's images and 'peeped at it again and again', but then provides context.

'To our eyes, there is a troubling power dynamic between the wealthy von Gloeden and the impoverished Sicilian community, and the uncertain age of some of his models gives an uncomfortable undercurrent to his work'.

If that was a bit edgy for me, the exhibition did include quite a few insights into aspects of social history that were new to me.

There was a painting of social reformer Henry Havelock Ellis, who spent his early adult years in Australia before returning to England to study to become a physician. He was also a writer and his most famous book Sexual Inversion (1897) was an objective study of homosexuality that did not present it as a disease, immoral, or a crime. 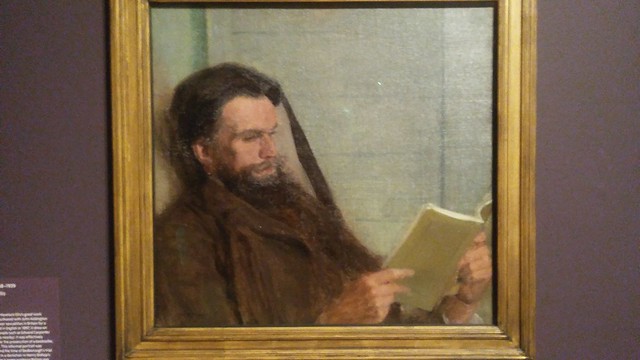 Currently Tate Britain also has a major David Hockney exhibition. I chose Queer Art because I'd seen the National Gallery of Victoria's Hockney show in Melbourne last November. But it occurred to me that a visit to the Tate's Hockney instead would have given me a much more grounded and celebratory experience of queer British art that was at the same time not lacking in edge. 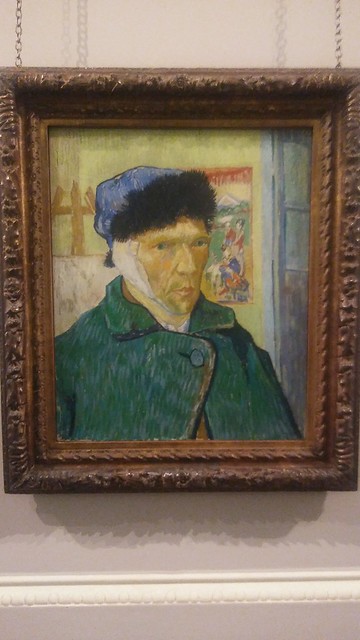 A suprise later in the day was The Courtauld Gallery near Australia House in the Strand. I'd never heard of it before, but my sister had recommended it.

The Courtauld has a large collection on four levels, ranging from Medieval and Renaissance to 20th Century Modernist. These included many classics such as Van Gogh's 1889 Self Portrait with a Damaged Ear. A painting with huge appeal to the mainstream that would have once been regarded as quite challenging.