Yesterday I attended the funeral of Father Peter Maher, who was the priest in my local parish of Newtown for 20 years until 2017.

That's when he retired. He was then 67, which is unusually early for a priest. Sometimes I think I might have been a bad - or good - influence and inspired him to take early retirement. I'd retired two years earlier at the age of 55. 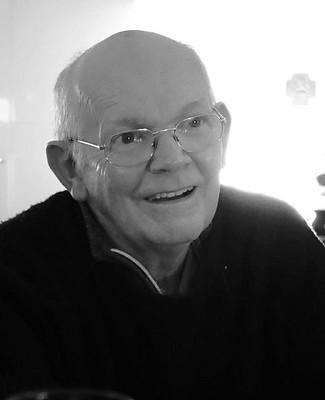 I would have lunch with him - at my house or his - three or four times a year. He was fastidious in his catering for my low carb diet, especially with his swede mash.

I can't remember exactly how I got to know him, as I didn't attend Mass. Perhaps it was the Interplay play therapy sessions he conducted in the church on an occasional Saturday afternoon.

Personal development was a common interest, as was editing and writing for publication.

I was editor of Eureka Street and he edited the National Council of Priests publication The Swag, where he would occasionally republish my Tiny Letters.

In 2015 he was honoured with an Order of Australia in recognition of his service to religion and the community through 'programs promoting acceptance and diversity'.

Like me, he admired Pope Francis' stress on inclusion and his resistance to clericalism.

In a piece for The Swag earlier this year, he suggested that he was not bothered that Francis doesn't seem to care as much for change in church governance or doctrine as he does 'the basics of listening'.

While Peter was well able to hear the cry of those who were 'silenced, marginalised or erased', he also had a well-ordered appreciation of some of the finer things of life, including high end whisky, and overseas travel.

He liked being able to offer me a whisky or two, I think because he didn't drink alone. Before we imbibed, he would give me a briefing to ensure I knew the basics, such as the difference between single and double malt.

A few years ago he stayed in my Paris room. Sadly his return visit that was planned for mid-2020 was thwarted by COVID and the treatment for his cancer diagnosis.

He never got to make that final overseas trip, though he was able to accept this with his characteristic equanimity.