During my brief visit to Paris last year, I tried and failed to find my way into the Pompidou Centre, one of the city's most visited tourist attractions. It was not clear how to get into the building, and there were many layers of security. Nothing had changed, but yesterday I was successful, even though I had time to see a only small part of the collection of modernist art it contained.

I had not even been sure of what all the fuss was about. Last year I wondered whether it was really anything more than a shopping mall, as I tried to negotiate my way through the retail outlets that seemed to obscure the major public institutions it houses. These include the huge Public Information Library and the National Museum of Modern Art, which is Europe's largest and the world's second largest after MOMA in New York. 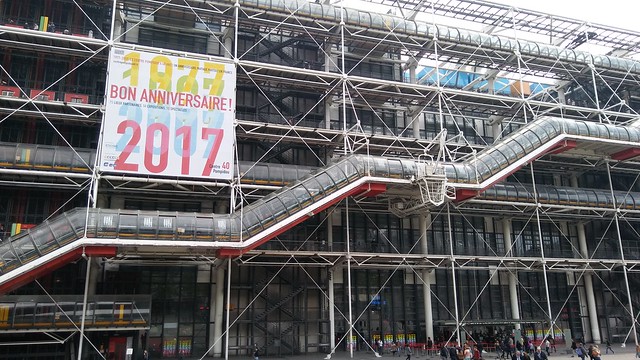 The Pompidou Centre celebrates its 40th anniversary this year and has an interesting story itself. Being inside and riding the tubed escalators to the top is like being inside a piece of modern art. When it opened, an article in Le Figaro declared: 'Paris has its own monster'. The writer clearly did not appreciate the modern beauty of its exposed skeleton of brightly coloured mechanical system tubes.

One of the three architects was the Italian Renzo Piano, who has recently designed the three 'crystal' residential towers of Barangaroo's One Sydney Harbour building, with their elegant skins and highly transparent glass facades designed to highlight harbour's 'constant kaleidoscopic motion of colour and sparkle'.

When you finally get to it, the Pompidou Centre's contents are just as revolutionary as its form. One of the most famous works in the museum's collection is Dadaist Marcel Duchamp's famous urinal artwork Fountain. The first room I visited was devoted to a large artwork celebrating its centenary this year. 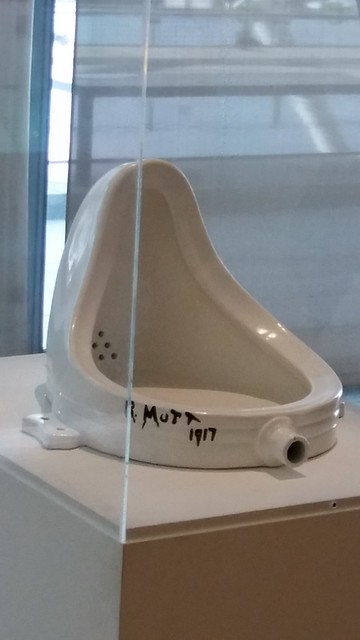 In what's called the Fountain Archive, 'post-conceptual' contemporary artist Saâdane Afif collects and archives every single publication in which he finds a reproduction of Duchamp's urinal. The pages are torn out and carefully framed, for the purpose of both preservation and decoration.

All the big names are in the museum, including Picasso, Matisse and Kandinsky. I'd been introduced to them long ago when I bought a season ticket and made repeated visits to the Masterpieces from the Guggenheim exhibition at the Art Gallery of NSW 1991.

But the artist that most caught my attention yesterday was one I'd never heard of - František Kupka, one of the pioneers of abstract art in the early 20th century. He sought to capture the 'essence' - or fourth dimension - of the subjects of his artwork. Works such as Plan par couleurs (1910) - below - penetrated their subjects to reveal an extra layer of truth, in a way that drew from technical and scientific advances of the time such as X-ray. 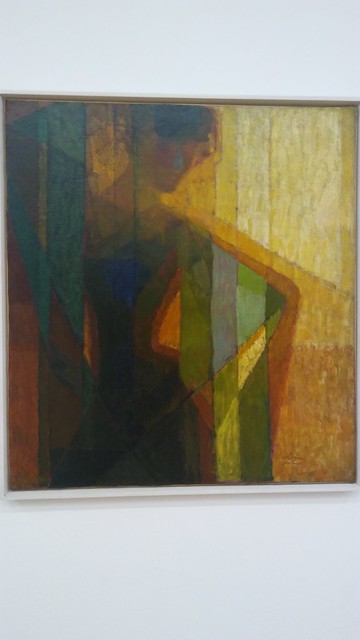 It had me thinking of people claiming psychic powers, whom we perhaps unfairly trivialise and put down. Or animals that have a higher degree of sense perception than humans. It all goes to suggest that reality is far more than meets the eye, and that is the point of iconoclasm and challenging convention. Which is what these art movements of the early 20th century were about, and indeed the architects of the Pompidou Centre.