Last weekend saw my Mubi film previewing job come to an end. The streaming company had paid me a small amount of money to look for technical imperfections in a total of 358 films over the past four years.

At one stage I had a larger role with Mubi, creating English subtitles for English language films. But for the most part I was a member of a community of around 30 amateur previewers. Last week my contact notified me that they'd decided to move the preview tasks inhouse. 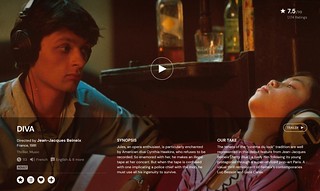 Mubi offers a variety of arthouse, classic and experimental films. You may have seen the Mubi icon on the menu of your smart TV or Apple or other streaming box. I have been a subscriber since 2011, when I owned an early streaming device called Boxee.

What I like most about Mubi is the way they curate and present one film each day and give subscribers a month to watch it. In this way they school their subscribers in film appreciation and provide the perfect antidote to many people's experience of Netflix - thousands of films available but nothing worth watching. 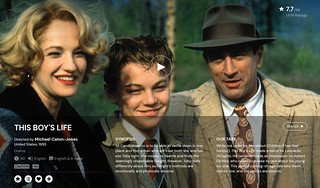 Mubi is like a film festival that never ends. I've been a subscriber to the Sydney Film Festival since 2004, and I deliberately opt for the 'set menu' of about 33 films chosen by curators. I make a point of seeing them all and have not missed one since 2008. 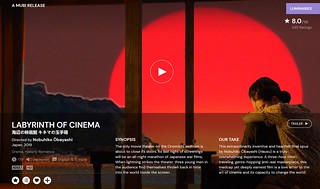 I was first introduced to arthouse films back in the 1980s by a friend who was a graduate of the directors course at the Film, Television and Radio School (AFTRS). He'd also trained as a sculptor at the Sydney School of Art and was much inspired by the Russian director Andrei Tarkovsky's philosophy of film as 'sculpting in time'.

For many viewers, the problem with Tarkovsky is that they could not understand what was going on in his films. For me, understanding a film is always a work in progress.