I'm beginning my last full week in Tokyo, but far from ready to pack my bags for my departure for Sydney via Guangzhou on Thursday next week. I'm starting to fantasise about coming back here again next year.

I've become very familiar with the neighbourhood here in Kichijoji and a string of other neighbourhoods on what's known as the Chuo line that heads west from the world's busiest railway station Shinjuku. 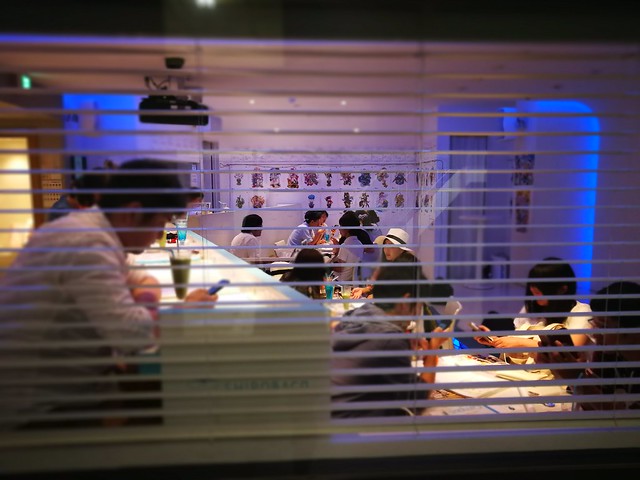 Shinjuku also has the world's largest concentration of gay bars. I wandered around there yesterday afternoon, though I think all of them were closed. There were not even many people on the street.

I'd just spent a few hours at the nearby Shinjuku Gyoen National Garden which, judging from the crowds, was more the place to be early on a sunny Sunday afternoon. There is a very large greenhouse with a walking path through it. There are also paths through the gardens leading to attractions such as the traditional Japanese garden and the traditional Japanese tea house. 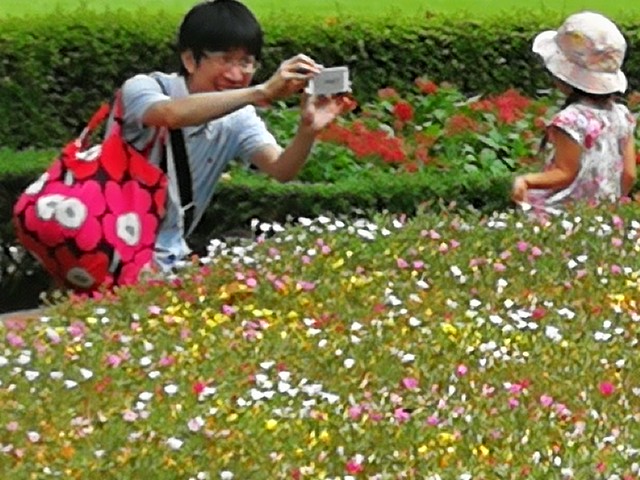 Anything in the category 'traditional Japanese' seems to be contained within a larger structure such as a garden or a museum, such as the Shitamachi Museum, which I visited on Satuday. Even that was very small, not extending beyond two modest sized floors. It is surprising that what I believe is the main folk museum in the world's largest city is dwarfed by others in much smaller cities, such as the Otago Settlers Museum, which I visited in Dunedin, New Zealand, in January. 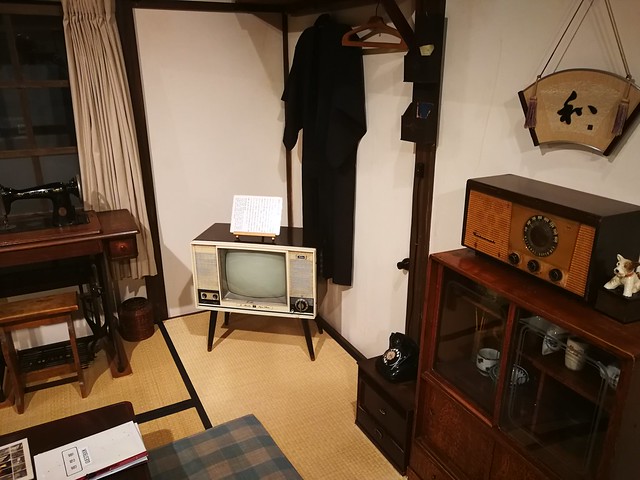 Old buildings are demolished, often to conform to fire regulations. But I think it is more to do with the different non-material way in which Japanese prefer to preserve their culture.

I spent yesterday morning with a Japanese Jesuit whom I'd met in Sydney last month. He showed me around the magnificent campus of the Jesuits' Sophia University and St Ignatius Church. The church complex includes everything that you'd imagine a church would need, including a giant crypt underneath where the parishioners are buried. 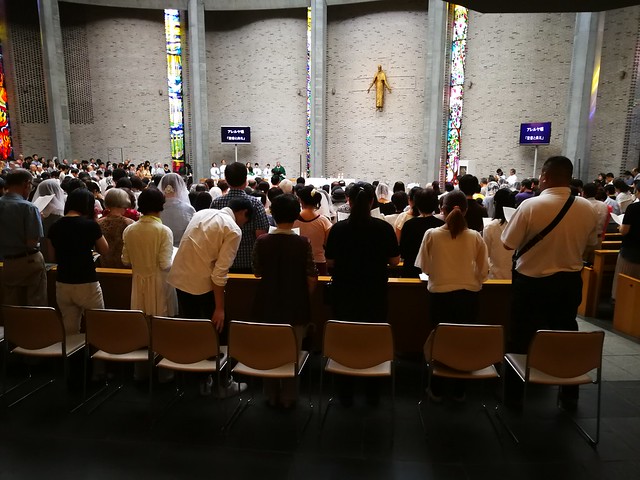 It was built quite recently, in 1999. The historic church that it replaced was demolished. A few weeks ago I was disturbed to hear of the impending demolition of Harajuku Railway Station, which has a distinctive clock tower that dates from 1906 and survived World War II. It was one of the few railway stations I've been to that is not modern. But it seems that pragmatism is going to win the day. 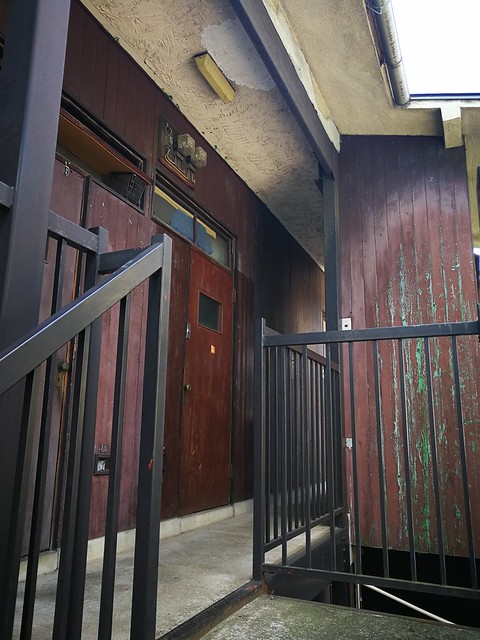 I was expecting that my airbnb room (above) would be in an uninspiring concrete block. But actually it's in a beautiful simple wooden building similar to the ones that are reconstructed inside the Shitamachi Museum. It doesn't have any architectural merit but it evokes a different era, even though it is probably only 50 years old. When I think about coming back here again, I wonder whether it won't have been demolished to make way for concrete.