I've completed the first of my five weeks in Tokyo and established a pattern for my days.

I wake up, have breakfast and then research the part of Tokyo that I will go to for the larger part of the day. 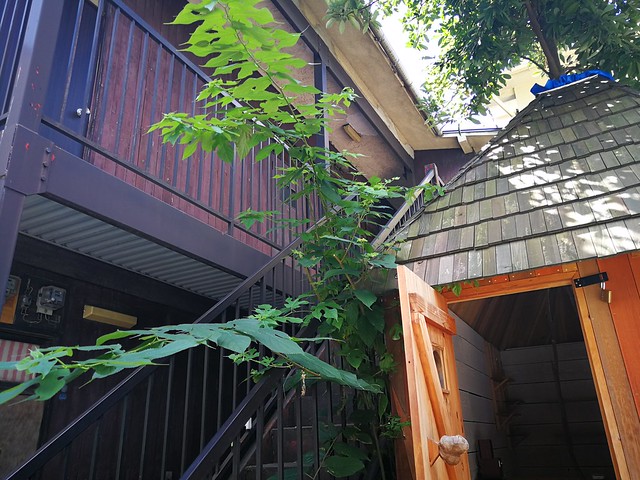 I usually decide this at random. A friend sent me a link to an article in the Qantas Travel Insider magazine that mentioned the names of a few destinations within Tokyo. I wouldn't normally rely on an airline magazine, and I didn't exactly pour over the article. But it put the place names into my head.

I properly settled into my room in Kichijoji on Tuesday. That was after spending Sunday and Monday in the home of a friend in a residential area in the outer suburbs.

Kichijoji is conveniently located about half an hour by train west from Tokyo Station. But I did not venture beyond the immediate neighbourhood on Tuesday and Wednesday. There was plenty to do here. 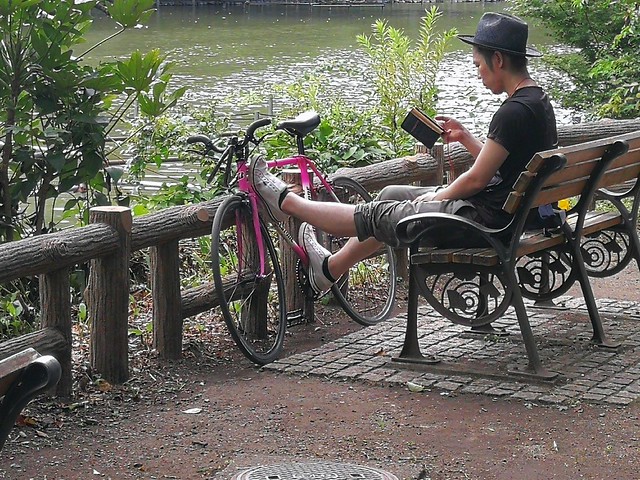 On Tuesday I wandered around the shops and walked in one direction. Unusually for me, I liked the shops and found the walk a bit boring. The buildings were all concrete blocks. Something you get a lot of in Japan. It made me feel very satisfied that my room is in a more traditional style wooden building of the type Australians would call a bungalow (my room is at the top of the stairs in the photo above).

The shop that most captivated me was Mont Bell, which is Japan's largest chain of stores selling outdoor clothing and equipment. A bit like Ray's Outdoors in Australia, with more style and lower prices. They now have one store in the Sydney CBD but with a limited range and higher prices. 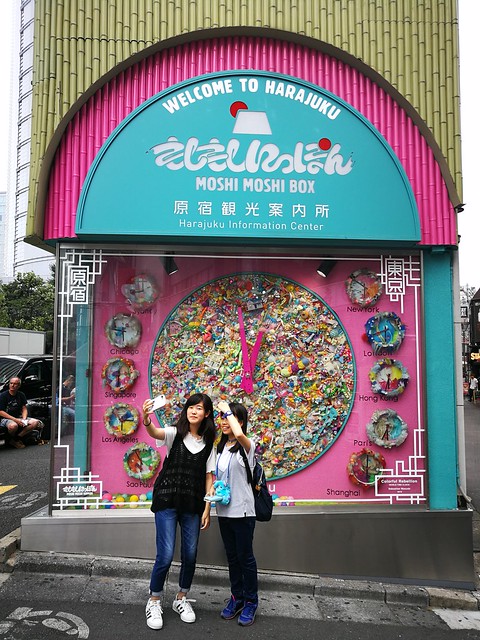 On Wednesday I walked a different direction, into the vast Inokashira Park, about three minutes from south side of the train station. It's a bit like Sydney's Centennial Park, a green oasis in the middle of the city. I think I spent about three hours there.

On Thursday I went to Harajuki, which is known internationally as a centre of Japanese youth culture and fashion. I was interested to pick up on the kawaii 'cuteness' culture that I'd sampled on Tuesday evening at the restaurant in my building. 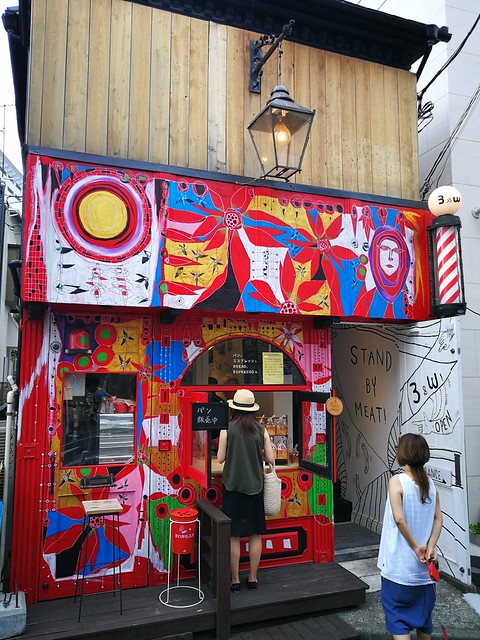 Harajuki is actually divided in its appeal - to that teenage demographic and also an older young adult international fashion conscious crowd. I'd had enough kawaii before I arrived but I did like the fashion show a few streets away where most people walking the street were dressed in eye-catching attire that seemed more expressive of their personality rather than that of the mob (with the kawaii, it was the opposite).

On Friday it was a trip to 'old Tokyo' in the form of the pedestrian shopping street in the quiet Yanaka neighbourhood. An article in the Japan Times says that 'in Yanaka, you have the history, the tradition, the temples... without any of the self-consciousness you have in Kyoto... a city known for cultural preservation'. 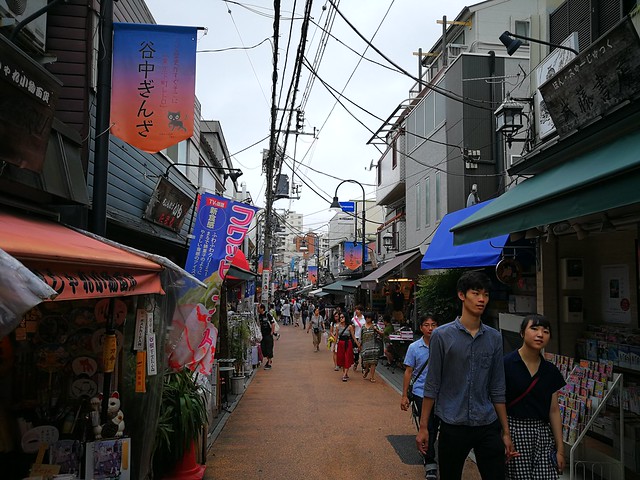 And finally, on Saturday I went to Rappongi, which, according to Travel Insider, had 'bars, clubs and other nightspots mak[ing] it a lively address when the sun goes down [although] many of its charms are – mercifully – of the quieter variety'.

I chose to go there during the daytime, and its charms were the large green open spaces and the sense that Tokyo is really a city of contrasts.