Yesterday I went to the Pompidou Centre in the hope that the train strike would have restricted visitor numbers to the National Museum of Modern Art.

But the queue snaked well into the large courtyard, and the rain. So instead I visited the museum’s annexe - the Brâncuși Studio - which tends to be overlooked by many tourists including myself.

Notwithstanding Rodin, Constantin Brâncuși (1867-1957) is often described as the father of modern sculpture. He grew up in his native Romania and travelled to Paris in 1903. He started work in Rodin’s studio, but left after two months, saying ‘nothing can grow under big trees’.

With characteristic single mindedness, he set up his studio in a room in the 15th arrondissement. Over the decades he extended it by acquiring the leases to a total of four adjoining rooms or workshops. 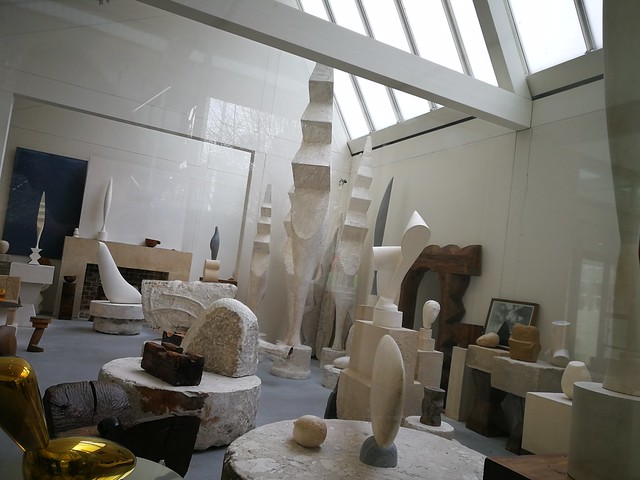 He was insistent that certain sculptures belonged in the environment of his studio, with its particular light and spatial properties.

So when he bequeathed the studio and its artworks to the French state, he imposed the condition that it must be reconstituted in its entirety, including ‘works, drafts, workbenches, tools, furniture’. The reconstitution was completed in 1997 by the original Pompidou Centre architect Renzo Piano.

I was reminded of the 2014 recreation of the ordered chaos of Australian painter Margaret Olley’s Paddington, Sydney, home inside the Tweed Regional Gallery in northern NSW. The Gallery’s director said at the time: ‘It was the layering that fascinated me, clearly everything had a place’.

The English translation of one of the explanatory panels in the Brâncuși Studio reads: ‘In the rather untidy place... the sculptor was taken unawares by the contiguity, juxtaposition and combination of forms’.

The sculptures blend with the context of the work benches and tools, as well as Brâncuși’s mezzanine bed space, his cooking utensils, and even the guitar that was used to create musical entertainment with his bohemian friends including composer Erik Satie. 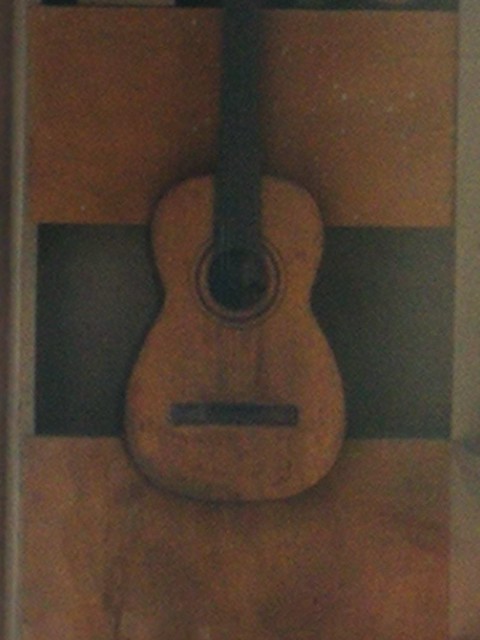 I sometimes think of the particular spatial properties of the rooms in which we live our own thoughtful and creative moments, including my own tiny five square metre room a few hundred metres from the Pompidou Centre.

The ‘jerry-built’ fittings tell one story. There’s another in the particular natural light afforded by its situation on the top floor of the building. That gives it a gloss that is perhaps compatible with a creative existence. Together they give me an insight into the philosophy of existentialism.