On Friday I found myself arriving at Paris Charles de Gaulle Airport after a flight from Sydney, for the second time in six months. I have a commitment in Paris on Monday and decided to spend the weekend visiting an Australian friend who lives in Lille, an easy 55 minute journey north from the airport on the TGV fast train. 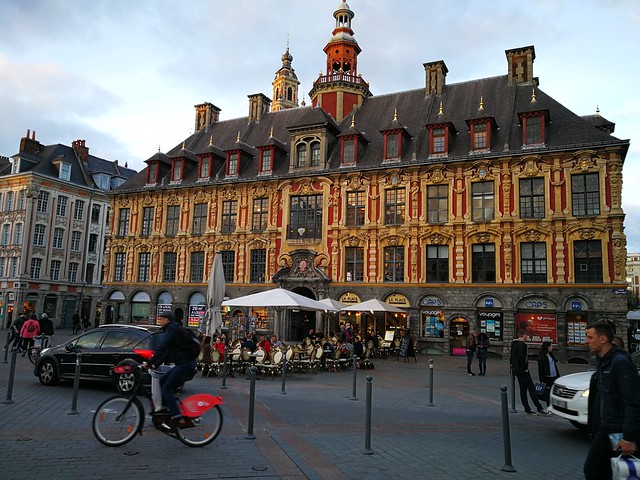 I'd had the impression of Lille as an uninteresting industrial hub. But a few months ago a friend surprised and intrigued me by describing it as a 'handsome' city. He was right.

The most interesting fact I learned about Lille is that it was once part of Belgium. Flanders to be precise. Long before Belgium was created. It was annexed by Louis XIV of France in 1668, a year after the Siege of Lille by his army.

As a result, aspects of Flemish culture remain. Most visible to me is the Flemish (or Dutch) gable at the top of the facade of many of the older buildings. 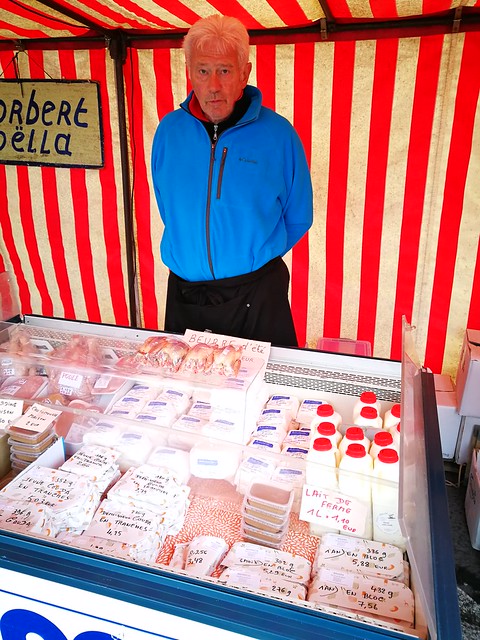 Because Lille is only 16 kilometres from the Belgian border, I was interested in crossing that border and exploring a Belgian city. We decided to take the half hour regional train journey to Tournai, one of the oldest and most culturally significant cities in the country.

Language and ethnic identity are very complex in the artificial and much unloved administrative construction that is Belgium. I marvelled at the contradictory reality that Tournai is a French-speaking Flemish city. It is located just within Wallonia, the southern half of Belgium that is aligned to French culture.

There was a lot to do there. It is a beautiful city that could be made even more beautiful and spoiled at the same time if they decided to put it on the tourist map like Bruges. 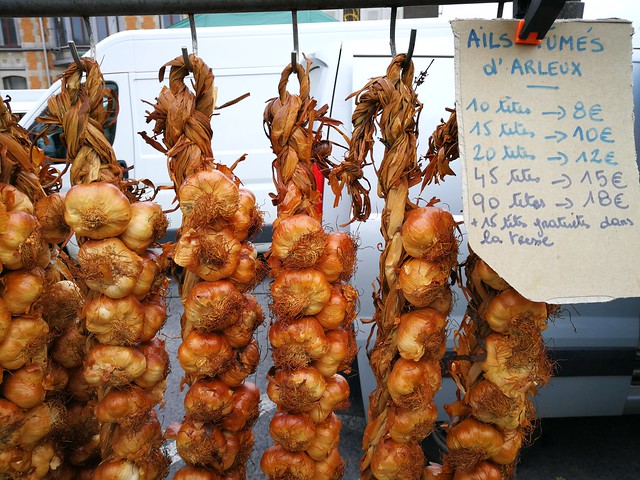 On our walk from the station, we came across a busy Saturday morning farmers' market, where my eyes first gravitated towards the strings of hanging garlic, some of which was smoked.

On the walk through town, I was struck by the number of patisseries. It was like towns in Australia and elsewhere that had a pub on just about every corner. There were also charcuteries, selling prepared meat and other products. Vol-au-vents, which appeared to be a local specialty were plentiful in both the patisseries and charcuteries. 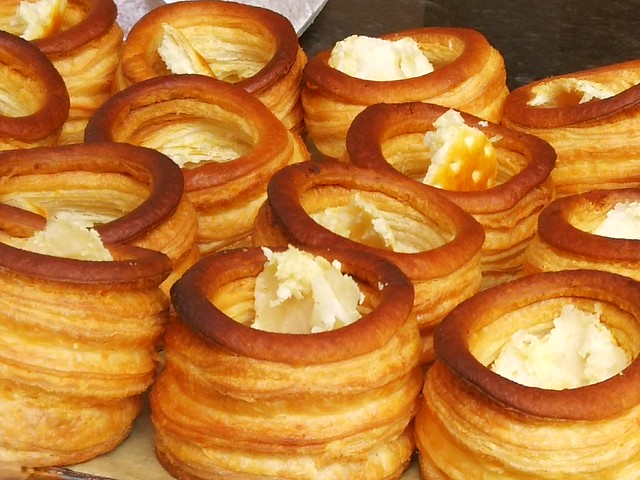 I read afterwards that in France, vol-au-vents are served as an appetiser, whereas they're larger and a common main dish in Belgium. I saw both in Tournai. I wanted to buy one for lunch but the woman in the charcuterie insisted that it had to be eaten after heating in the oven at home, and it was not an option for me to buy and eat on the run.

But the main highlight of Tournai was the huge Cathedral, which we were able to enter even though it was under serious large-scale renovation. It is still a place of worship, and indeed adoration of the Blessed Sacrament was taking place in a side chapel while we were there. 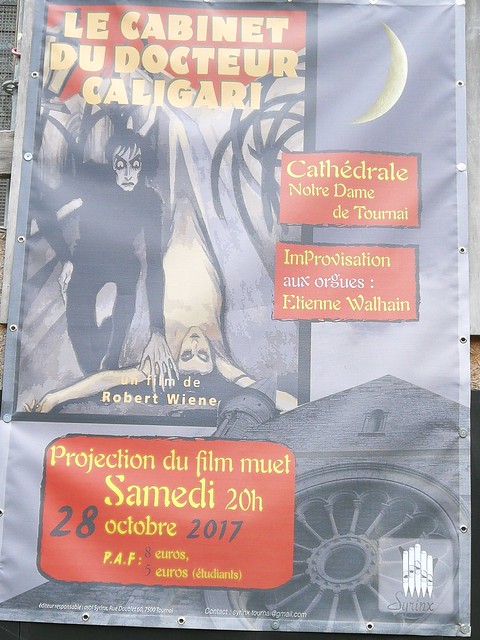 But like the rest of Europe, its congregation is obviously ageing and much diminished. It is good that large renovation and maintenance of cathedrals are being funded by bodies such as the European Union.

Increasingly in these post-Christian times, they are also being used for other cultural activities. I noted that the main coming event is not religious, but a projection of the 1920 German silent a horror film Le Cabinet du Docteur Caligari with accompaniment from the cathedral organ.