Often on a Saturday morning I'll walk to the nearby Carriageworks farmers market. I will usually buy meat from Linga Longa Farm, which is located about 350km north of Sydney in the Manning River Valley just outside Wingham.

I am always impressed with their commitment to the seven hour round trip that enables city dwellers to enjoy fresh unprocessed meat direct from the farm. It is a pleasure to support them.

I hope that their business model makes them profitable because they've had to face a lot of adversity in recent times. They could not come to Carriageworks for more than a month because they were restocking and rebuilding fences after the destruction caused by the floods earlier this year. That was after the horror bushfires they suffered in late 2019. 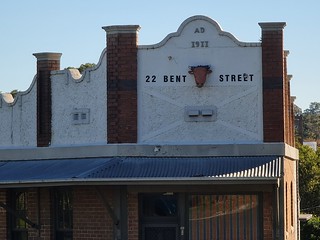 I'd hardly heard of Wingham until I started buying meat from Linga Longa. But I became curious about the town and decided to make it the destination of my day trip by train from Sydney yesterday. I spent ten hours in the train and two and a half hours roaming the town on foot.

The highlight was the Wingham Museum, which friends had told me about. It is recognised as one of the finest museums in regional Australia, a fitting counterpart to Sydney's Powerhouse and other museums of applied arts and sciences. It was opened in 1968 in an old commercial building by the renowned aviatrix Nancy Bird-Walton. 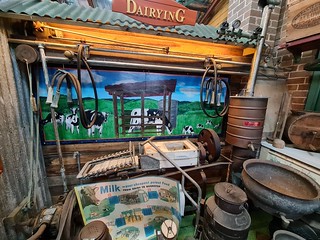 There are many stories of pioneers of the district. Painted on the side of the museum's building is a portrait of the Irish-born pastoralist Isabella Mary Kelly, who purchased her property in 1838 and ran it with the help of eight convicts.

She was a noted horse woman who 'often stayed overnight in the bush with her loaded gun and brandy flask'. But she was disliked by some of the men of the district, who resented a woman who was unmarried and did 'men's work'. She was known to have a temper and would not allow men to stand over her. 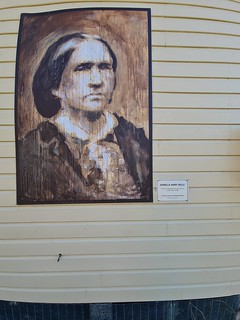 So in 1851 her house was mysteriously burned down while she was away on business. Later forged documents saw her falsely imprisoned in Sydney's Darlinghurst Gaol. But, according to the display notes at the museum, she overcame the humiliation and adversity to remain strong.