Cardinal George Pell told the media in his short but candid statement yesterday that he was returning to Australia to 'clear my name'. He repeated that phrase, 'clear my name'.

He did not say that he was coming to Australia so that justice could be achieved or truth uncovered. That was left to Pope Francis, whose reference to the 'foster[ing of] the search for truth' was conveyed immediately after Pell's statement.

The cardinal did not mention truth or justice. 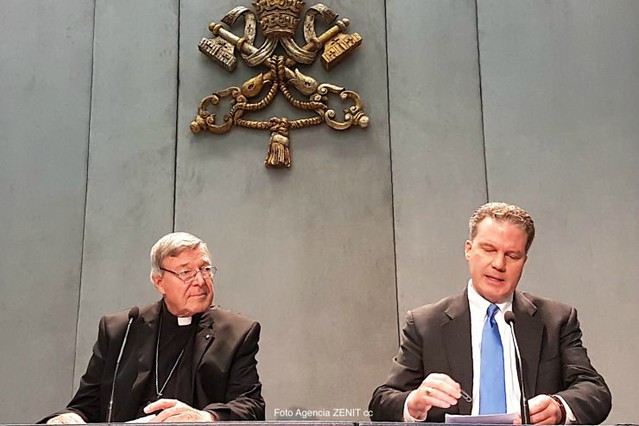 What he said at the media conference was perfectly consistent with his attitude and actions with regard to the media all along. Arguably an indifference to, or even fear of, their role in the search for truth in the context of justice.

The evidence for this is in his habitual hostility to media practitioners who see their role as uncovering and reporting the truth regardless of the consequences for the good name of a person or an institution. He was true to form when he began yesterday's statement with a criticism of the role of the media in the laying of charges against him.

One of his first actions after becoming Archbishop of Melbourne in 1996 was to close the Archdiocese's Communications office.

Over the years, Catholic Communications had gained considerable respect, particularly from its secular media peers, for its practice of objective journalism in radio and TV production. That is where I learned my first principles of journalism and media practice in the 1980s.

The sacked director of Catholic Communications Peter Thomas had a Vatican II view of the 'pilgrim' church of the people. In media terms, this translated into practice that owed a lot to that of public service broadcasters like the ABC and the BBC.

Pell's ecclesiology represented a retreat from Vatican II to a more 'top down' hierarchical model. For him, the Church was more like a corporation that was best run along business lines. That is why he replaced Catholic Communications with an outsourcing of the work to corporate communications firm Royce Communications. I would suggest that this represented a decisive and deliberate shift from truth tellers to spin doctors.

Cardinal Pell's actions and attitudes towards the media over the years have demonstrated a lack of appreciation of its role in truth telling. If, as he stated yesterday, he is innocent of the 'false' charges laid against him, it is in his interest not to condemn the truth telling media but to trust and embrace it.