Last week I passed a very satisfying hour and a half viewing the O'Keeffe, Preston, Cossington Smith: Making Modernism exhibition at the Art Gallery of NSW. 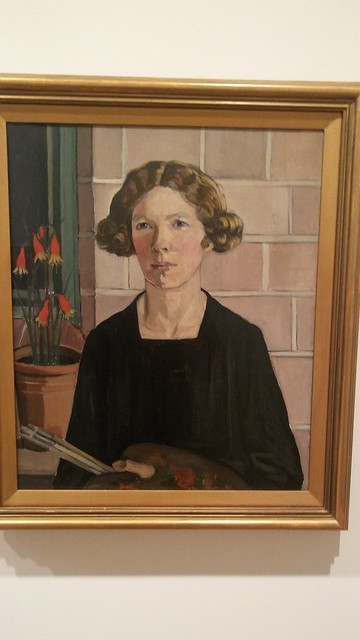 In going, I was a bit half hearted, as I thought I'd seen enough of Margaret Preston and Grace Cossington Smith in the past. They're both well known women artists from the first half of the 20th Century who spent most of their time on Sydney's North Shore.

As for their US contemporary Georgia O'Keefe, I'd never heard of her. Such is my ignorance. The Sydney Morning Herald art critic John McDonald says she's one of the most famous female artists of all time, with an auction record of $US44.4 million for a flower painting.

Not that he thinks much of her. He finds her 'mechanical and deliberate' touch 'unexciting', with there being 'something so drab' about exhibition itself. 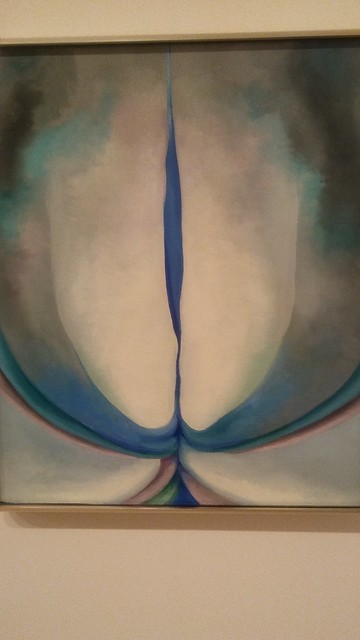 A few other grumpy critics are unimpressed with the show. The Australian's Christopher Allen dismisses Preston and Cossington Smith as 'minor' and O'Keeffe as 'niche'. 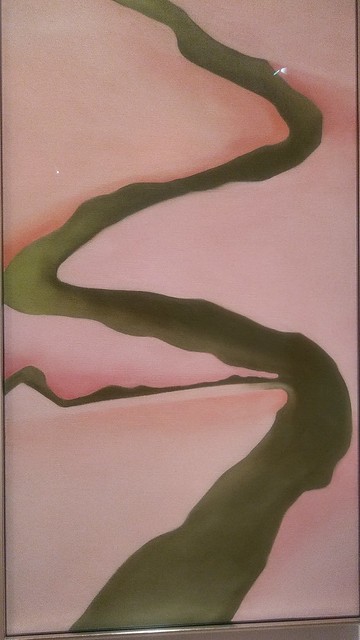 I went into the exhibition before reading this but instantly recognised and appreciated the magnetic eroticism in the shapes in her paintings.

I also found pleasing familiarity with the arid rocky New Mexico landscapes, which I'd fallen in love with when I did a road trip through that rocky and arid part of the US in 2003.

I think Allen means 'spinsterly sensibility' as a put down. But that's what I liked about Preston and Cossington Smith. 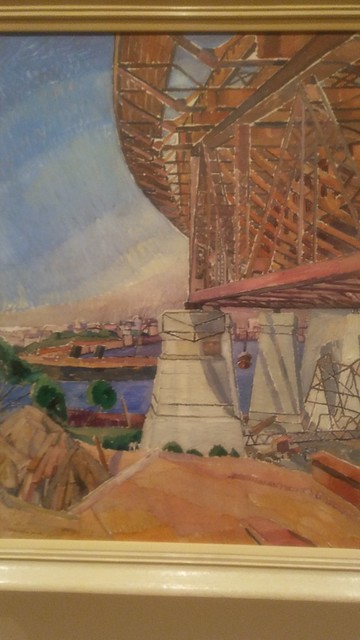 Their works were at the same time ordinary and elevated. Still paintings that had a certain 'otherness' about them that evoked the old Australian monoculturalism of Mosman and Turramurra and other parts of the North Shore.

I was keenly aware that they were painting there during the 1930-35 period during which my father's family sold their farm in north-eastern Victoria and relocated to Mosman, witnessing events such as the completion of the Sydney Harbour Bridge.