One of my aspirations is to be outside the country on Anzac Day. I have never quite made it, though I will go close this year with my departure for a month overseas on 26 April, the day after Anzac Day.

I've always felt that it was an odd celebration. My skepticism was heightened by the politicisation of the Anzac Legend under prime ministers John Howard and Tony Abbott. I have been frustrated by what I see as the brainwashing of Australian school children, particularly from the time of the Howard Era, when funding was made available to arrest the long-term decline of the Anzac Legend. 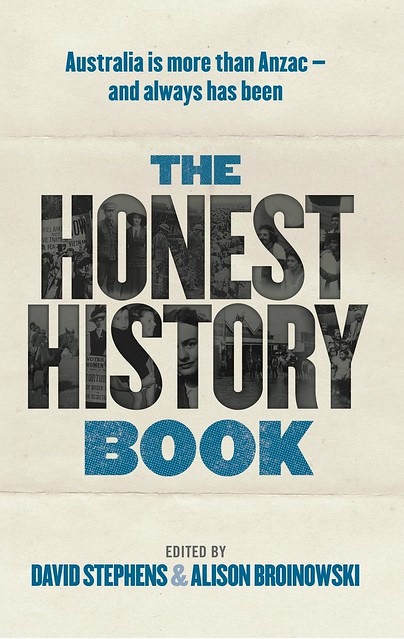 This was occurring as historians such as Henry Reynolds were revealing more about the 19th century 'Frontier Wars', in which mainly British settlers put down Australian Indigenous resistence, resulting in the deaths of around 20,000. Teaching about the Frontier Wars was - and is - downplayed or even suppressed.

A strong and reputable voice in questioning the Anzac Legend is Honest History, a Canberra-based incorporated association founded in 2013. They use the term 'Anzackery' to argue, among other things, that Anzac Day 'targets children, to the extent that their psychic health is at risk from a sentimental, misleading portrayal of war'. They stress that it is 'possible to be respectful and regretful about death in war, without at the same time sacrificing thought and judgement'.

Among their distinguished list of office-bearers and members is the president - Professor of History at ANU Frank Bongiorno - and the immediate past president David Stanley - professor at the Australian Defence Force Academy and former principal historian at the Australian War Memorial. New South Press has just published their first book - The Honest History Book - edited by David Stephens and Alison Broinowski.

That they are such a reputable and credible group of individuals makes it interesting that they're currently applauding as 'remarkably prescient' that prince of ratbags Mark Latham, the onetime Labor leader who was this week sacked as a commentator from the SkyNews TV channel for making one too many vile slurs against various people including colleagues and a school student. 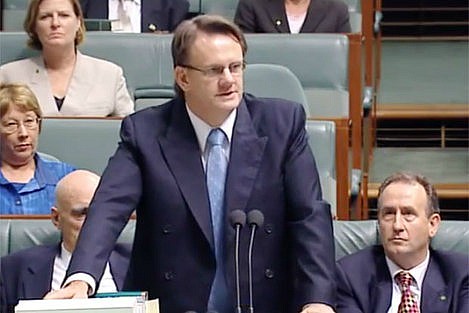 There's an emerging consensus that Latham's comments are so anti-social that we should not give him oxygen by talking about him. But Honest History's honesty trumps that, with one of the commentaries currently featured on its home page celebrating Latham's 'prescience' in 'questioning the tired old Left-Right spectrum' in his 2002 Menzies Lecture at the Menzies Centre for Australian Studies at King's College, London.

Latham shows how the divide between 'insiders and outsiders' is a more reliable guide to recent politics than Left-Right. 'Insiders' refers to inner city educated elites, while the 'Outsiders' are those living in the suburbs and the regions. He argued that the Howard Government was particularly skilled in appealing to outsiders and demonising insiders.

Honest History says: 'The whole speech is worth a read for its analysis of Australian politics in the Howard era and its insights into our own.'

Current political debate in Australia may not need Latham's style of putting down those he doesn't like, but it could do with Honest History's questioning assumed orthodoxies armed with the facts of historical research.