A friend referred to the image of Parisians 'smoking Gauloises and reading Le Monde with their coffee and croissant'. I've always been fascinated by the portrayals of Parisian cafe culture, especially in the French New Wave movies of the 1960s, which are more concerned with atmosphere than story.

But the reality is now different. In 2017 you don't see Gauloises packets because French cigarettes now come with olive green plain packaging like Australia's, and Parisians look at smartphones rather than newspapers just like people everywhere. 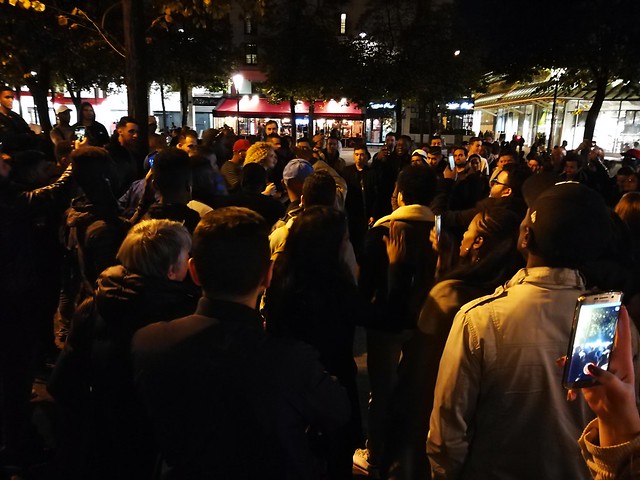 I'm reluctant to make too many observations, as they will be superficial and inconclusive because of the short time I've been here. I've also been consumed by mundane activities such as getting a bank account and an insurance policy. However it's arguable that consumer norms and practices tell you more about a country than just about anything else.

However I do notice signs that there are values worth noting and prizing. Among the magazine posters on the sides of the kiosks in public places, the more prominent are promoting specialist titles on subjects including philosophy, psychology and sophisticated political satire (Charlie Hebdo).

There is obviously a market for these things, or the posters wouldn't be there. They have equal billing with sport and gossip that are more dominant in other countries. It's probably true that Parisians sitting together in cafes are more likely to be discussing philosophy than Australians. But I'd suggest that most don't, and that it's effectively confined to a niche, albeit a much larger one than in Australia. 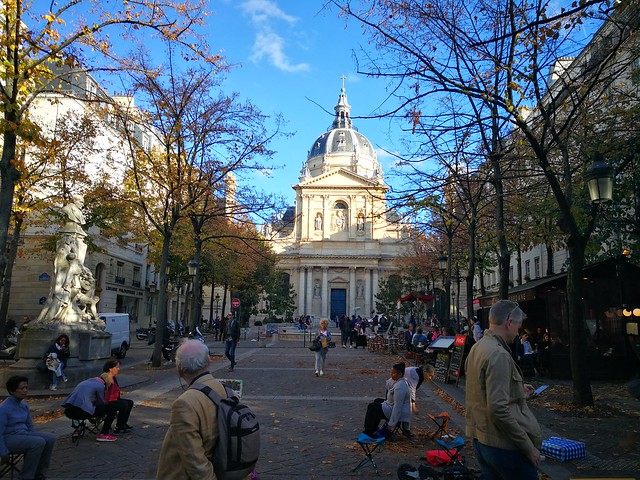 One of my favourite places to loiter is the square in front of the Sorbonne University (pictured), with its philosophy bookshops and cafes. Twice when I've been there I've noticed film crews recording interviews with learned professor types probably discussing philosophy.

There are certain things we want to believe that are not entirely true. Philosophy is in fact discussed in cafes around universities in Australia, and the cafe culture in Sydney and Melbourne is also vibrant. It also has to be said that the coffee is far superior to that in Paris, which is notably underwhelming.

But I like it that learning and human rights and open discussion seem to be a valued, along with good food and dress. 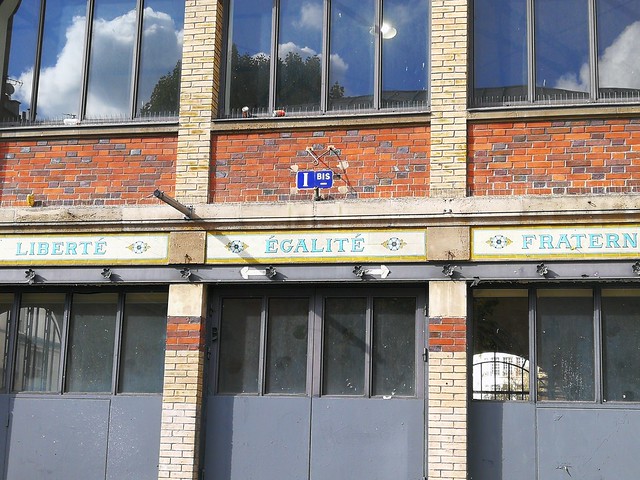 The words Liberté, égalité, fraternité adorn French public buildings in the way references to the monarchy are attached to public institutions in the UK and Australia (in Sydney I live near the Royal Prince Alfred Hospital).

When buying my property here, my vendor said to me a few times 'French people don't stand for this kind of thing. They are aware of their rights'. An awareness that could come from philosophy being more in public consciousness.