I'm being asked to name my favourite of the 34 feature films I've just seen at the Sydney Film Festival. Normally it's hard to choose, but there is one that comes to mind.

It stands out not only because it is very different to any of the other films, but for the urgency of its simple message at this time and its invitation to me to act on a particular desire. 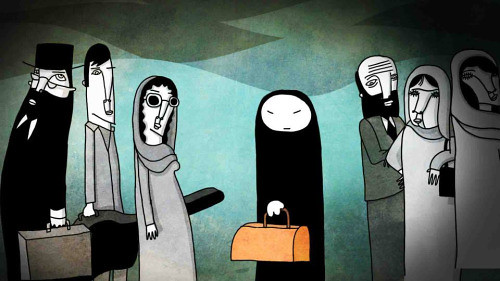 The film is a beautiful Canadian feature length animation titled Window Horses: The Poetic Persian Epiphany of Rosie Ming. Its theme is the power of imagination to overcome the distrust and political intransigence that is bringing us closer to major military conflict.

The story is about a naïve mixed-race aspiring poet named Rosie. She travels from her home city of Vancouver to Shiraz, the Iranian cultural mecca where she has been invited to read her poem at a poetry festival.

She feels very awkward because of the cultural differences, but is overwhelmed by the graciousness of her Iranian hosts, for whom nothing is a problem. This contrasts with the attitude she receives from a fellow western guest named Dietmar, for whom everything is a problem.

Rosie becomes reacquainted with her Iranian father, who disappeared from her life when she was a young child. Her judgment of him dissolves and they embrace each other when she learns of the circumstances of his return to Iran. Ignorance and prejudice is defeated. 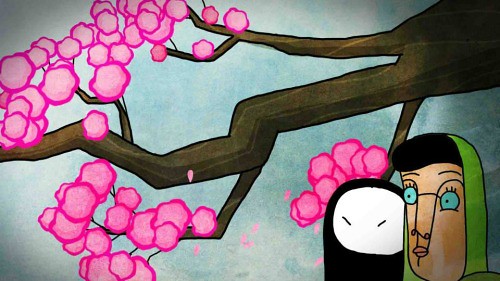 Perhaps part of its appeal to me is that for some time I've wanted to travel to Iran for an experience of breaking down barriers like Rosie's.

But the US Government won't have anything of it. About two years ago it introduced a new regulation denying those who've travelled to Iran since 2011 easy entry to the US under its visa waiver program.

Do I care about this? Not really. The US has its reasons for wanting to have the rest of the 'free' world join it in not trusting Iran. But I won't be bullied. I'd rather feel free to reach out to Iranians, learn from them, and enjoy their hospitality, just as Rosie did.