I've spent the past eleven days at the Sydney Film Festival, at the famous State Theatre in the centre of the city. From 9:30 or 10:00 in the morning until mid afternoon or early evening.

I viewed the usual 34 feature films, in what has become an annual winter ritual. I haven't skipped or had to miss a film since I was teaching in 2008. 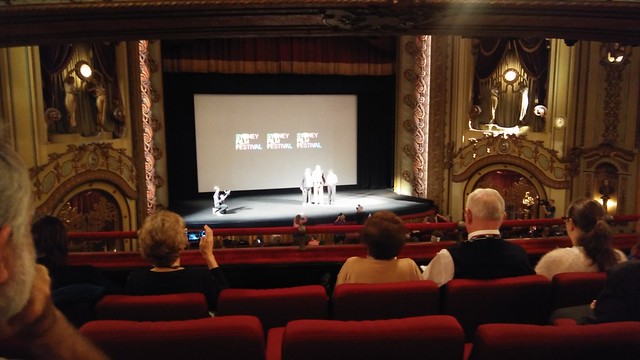 I've sat in seat D36 on the Mezannine level alongside my friend Shirley, who has been my Daytime Subscriber companion in that space for the past 14 years. Sadly, we learned this year that another companion - Anne - was not in the seat D34 this year because she died in March.

Unlike most Festival filmgoers these days - the casuals - we do not pick the films we see. They are chosen for us by the curators. Many of the films I most appreciate are ones I would not have chosen from the hundreds screening at the various Festival venues each year.

I used to take annual leave from my job at this time of the year. Now I'm a retiree like most of the other daytime subscribers, except many are much older than me.

However it seems we share the same humanitarian values and enjoy similar art house and documentary films. Including the mix of drama and factual films, and indeed the combination of drama and fact in particular films, which tend to reflect the most pressing issues confronting humanity. 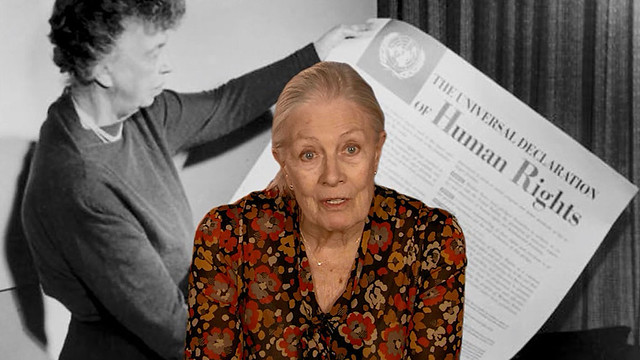 This year it was refugees, and one of the festival guests was refugee advocate and veteran British actor Vanessa Redgrave. At 80, she has just made her directorial debut with her film Sea Sorrow, which combines a survey of the history of international refugee conventions with stories and recollections of past and present refugees.

It was not a surprise that she received a standing ovation as she stood on stage to introduce her film. It is clear that many in the adoring audience were also refugee advocates. In fact my companion Shirley is secretary of a local suburban refugee support group.

But I kept thinking about another octogenarian humanitarian, the veteran senior public servant and now blogger John Menadue, with whom I worked for a couple of years until a few months ago.

John is constantly frustrated by the single minded idealism of refugee advocates, whom he believes stand in the way of solutions, which must always be political. Politics is the art of the possible and must always involve compromise. 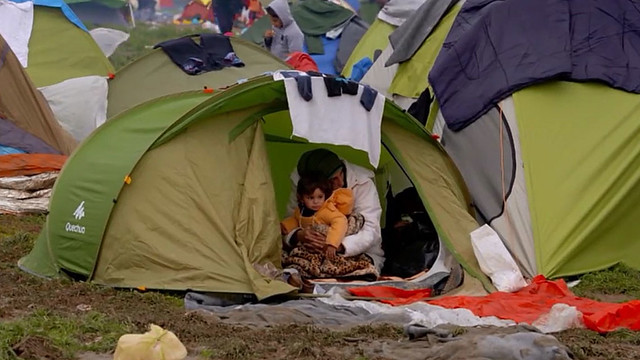 But I think John would agree that we owe a debt of gratitude to refugee advocates, to the extent that their activism helps to stem the tides of mass indifference to the plight of these people and right-wing political fear mongering.

Vanessa Redgrave talked about the 'field of energy' the advocates seek to generate around the world.

Noticeably short of breath after climbing on to the stage, she told her Daytime Subscriber friends that her message to refugees is: 'We will save you till our last breath'.

After viewing Sea Sorrow, I was sure that however many more breaths she has until her last, she has accomplished what she set out to do for refugees, with this film.