When I was studying Australian history at Melbourne University in the 1980s, the now legendary Professor Henry Reynolds had just published his landmark book on the Frontier Wars.

The book was titled The Other Side of the Frontier: Aboriginal Resistance to the European invasion of Australia. It was the most thorough attempt by a professional historian to document and interpret the massacres that led to the deaths of many tens of thousands of indigenous Australians at the hands of British colonists in the 19th and early 20th centuries. 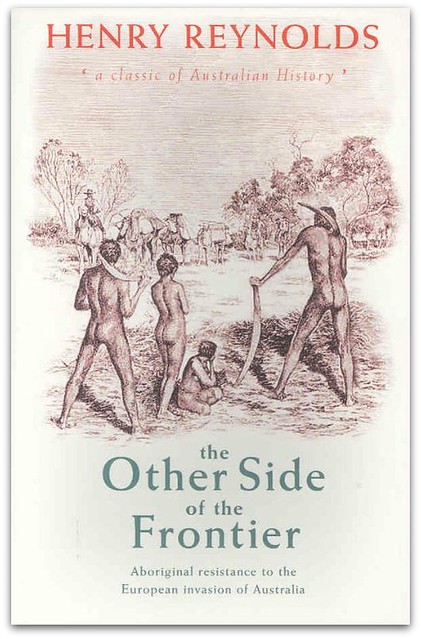 It precipitated the politicisation of history in what became known as the 'history wars' of the 2000s.

On the other side of the argument was Professor Keith Windschuttle, whose book The Fabrication of Aboriginal History was discredited by a significant number of other scholars. This did not prevent his lionisation by conservative politicians during the Howard era, who subsequently gave him cultural approbation by appointing him to the ABC Board.

What was effectively an officially sanctioned minimisation of the Frontier Wars coincided with their non-recognition by the Australian War Memorial. Correspondingly the fading Anzac legend was rejuvenated and promoted by conservative politicians beginning in the the Howard era and lasting to the present day.

Scholars including those represented in the Honest History coalition have continued to call attention to this misrepresentation of history. Earlier this month, media attention was given to work on the mapping of massacres of Aboriginal Australians by Professor Lyndall Ryan of the University of Newcastle. 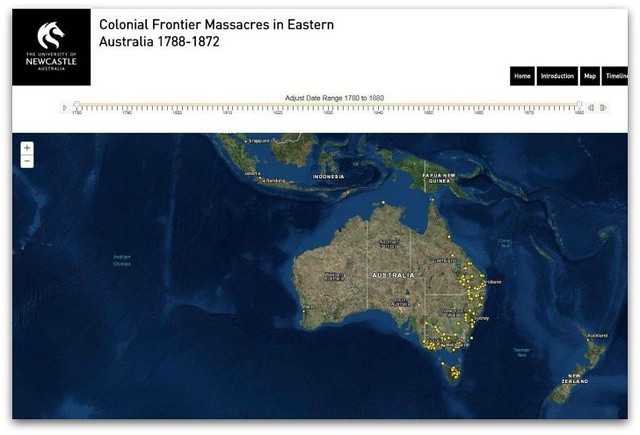 In view of the Australian War Memorial's continuing non-recognition of the Frontier Wars, I have speculated on whether it is valid to make comparsions between our refusal to talk about the Frontier Wars and the Turkish Government's denial of the Armenian Genocide.

As I travel around the countryside, I often wonder about the indigenous people's dispossession of their lands and the fact that the while locals don't seem to know anything about it. Many towns have museums where you will see agricultural implements from the 19th century but no evidence of indigenous occupation and dispossession, violent or otherwise.

When I was growing up, I would reflect on what our farm in north-eastern Victoria would have been like before the white settlers came to clear the land and 'open it up' for productive farming. We were never told anything about Aboriginal dispossession or massacres.

I notice a yellow dot on Lyndall Ryan's map representing a massacre at Thologolong, which is about 70 kilometres by road from our farm. 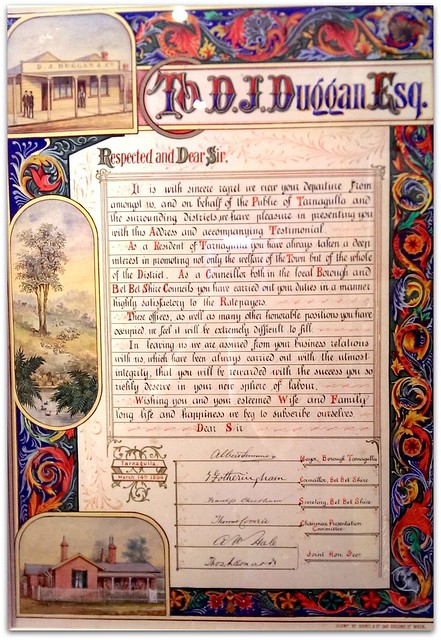 There is no yellow dot on the map at Bandiana, the location of our farm. But I would like to know what kind of hostility there was towards Aboriginies that would have driven them away from the land which became our family's farm between 1935 and 1975.

On a wall in my house in Sydney, I have an illuminated address given to my great grandfather D.J. Duggan when he was leaving the north central Victorian town of Tarnagulla in 1894 to relocate to Melbourne. He would subsequently become a politician and hold the office of Minister for Lands in the Victorian colonial government at the time of Federation.

My mother would tell me that he held that position, but I never understood what it involved. I imagine the duties would have included upholding an official policy that would have not have supported Aboriginies remaining on their lands.