Because of the sexism of school education in the 70s, I never learned to sew to mend clothes. Since then I haven't had the confidence to teach myself, nor have I had anybody to show me properly.

Whenever my socks develop holes, I think that I would love to be able to darn them. I like the idea of darning socks as a way of resisting the wastefulness of a throwaway society. Sometimes I've attempted to darn socks or do rough repairs to other clothes. But I've mostly thrown away damaged or worn items of clothing.

I was thinking about that yesterday as I went to the Sydney CBD Icebreaker shop with my socks with a hole. I was claiming the lifetime warranty they offer on socks. I figure it's worth paying $30 for a pair of socks if they have a lifetime warranty (or, if you're lucky, $12 at the outlet during sale time). 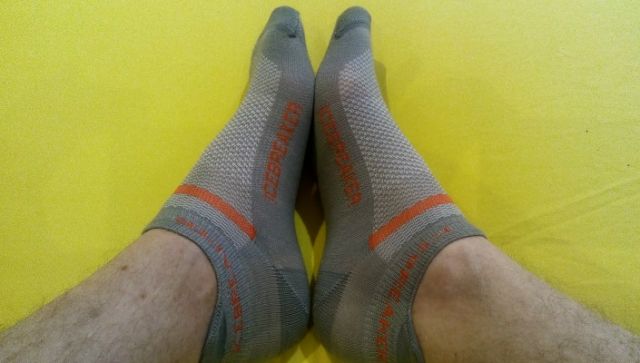 Unfortunately they don't darn the socks for you, but instead replace your old socks with new socks. So they are probably thrown away. But earlier in the year I was pleased when they did repair my favourite Icebreaker jacket when the inside of the pocket developed a hole from constantly carrying my iPad mini. I would have mourned its loss if they'd given me a new one.

The Icebreaker range of clothing is expensive because every item is made with merino wool. For me, what makes it worth paying extra for is merino's odour resistant properties. That means the clothing needs washing infrequently - for example once a week, or even less often, for socks. If most of your clothing is merino, this can significantly reduce your clothes washing chores and power and water consumption.

It may also explain why it lasts longer and they can offer a lifetime warranty on socks. But nothing lasts forever, and I think that my sock got a hole because I'd been largely alternating two pairs of socks for about two years.

I was skeptical when a friend told me about the odour resistance. But I found it to be true. The clothing rarely needed to be washed (some bodies sweat more than others so I would guess that this is not true for everybody). For me, airing the clothing is enough to ensure the items remain fresh enough for one or even several or many weeks.

I figure that 'fresh enough' rather than 'fresh, period' is OK when you're travelling and need to make compromises because you need or want to travel light. Wearing mostly Icebreaker enabled be to travel to England for a month May with a total of 4 kilos of luggage, and to Japan for two weeks in October with 3.2. It also means you don't need to pay up to $80 extra for checked luggage when you're on a budget airline.

Icebreaker is not the only company that does merino. The others may be just as good or even better, and cheaper. But I have not bothered to check the alternatives, largely because the merino clothes are long lasting and I no longer have to buy new clothes with such regularity.

I've just returned from the Three Capes Track in south east Tasmania. I was with a group of ten bush walkers that included adult and teenage family members and friends. We were part of a larger group of 48 bushwalkers completing the four day 46 kilometre experience.

It's an activity of Tasmania Parks and Wildlife Service that is only a year old. It seemed that little expense was spared in the use of public funds to construct the upgraded track and state of the art huts for basic overnight accommodation. But since it opened on 23 December last year, they've taken more than 10,000 bookings, far exceeding the projected 3000. One member of my group was the 9000th walker.

It's no ordinary track through the bush, and it's regarded by some as elitist. That's easy to understand, with the $500 price tag and the easy walking nature of the path, much of which is constructed as a boardwalk. Less than 50 years ago, the pioneer bushwalkers could only get through with the aid of axes. Our experience began with a boat cruise from Port Arthur to the Denmans Cove commencement point, and included three overnight stays at the huts.

These beautifully built structures have a designer feel about them, but the reality is almost as rustic as the traditional bush hut. That is because you still need bring your food and sleeping bag and leave carrying out your rubbish. There is no staff to serve the 'guests', just a resident ranger to answer questions and do basic coordination and maintenance.

One of the boat crew members made a particular impression upon us. He'd grown up in a lighthouse keeper's family in isolation on nearby Tasman Island. It is likely that locals like him might have a few misgivings that their domain was being invaded by scores of well to do outsiders who did not have to contend with much of the adversity of the terrain that he'd had to.

But he was welcoming and generous in sharing his experiences and perspectives. Likewise there was nothing pretentious about the larger group of 48 walkers who appeared to be coming to the experience with an open mind and ready appreciation of the ecosystem they are getting close to.

It's arguable that there was some pretentiousness in the use of semi-poetic phrases such as 'Eye See Bright' and 'Converging on the Shelf' to name particular points or characteristics of the walk. But I would strongly dispute this and very much appreciated the artful way in which the walk was conceived and presented to us.

That applies to both the conceptual and physical aspects of the experience. The words and phrases were consistent with the artistic flourishes in the craftsmanship of the furniture at the resting points, which was developed in collaboration with University of Tasmania design students and the Arts Tasmania public art project.

For the most part, it was a gentle experience. There was nothing of the extreme sport. A friend who did it in October suggested as much but said she found it 'magnificent and occasionally challenging'. That is about right, although I was quite proud that it turned out to be a measure my current higher than ever before level of fitness, and I rarely felt stretched physically. I was the only adult in my group who did not feel some degree of soreness in their bones, though it was the kind of soreness that was more an aftertaste of a thoroughly enjoyable experience.

My photos are here. 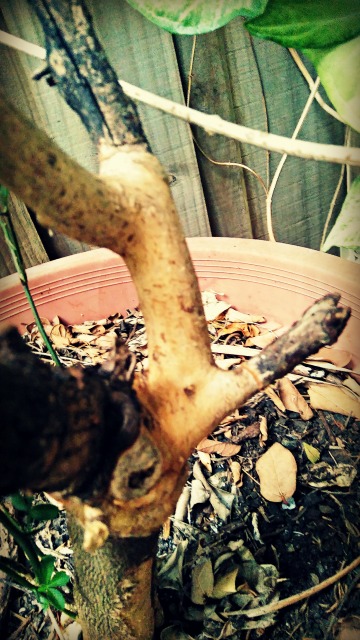