I made a snap decision to do a day trip to Canberra yesterday. It turned out that eight hours in an air-conditioned train was a good way to beat the heatwave. 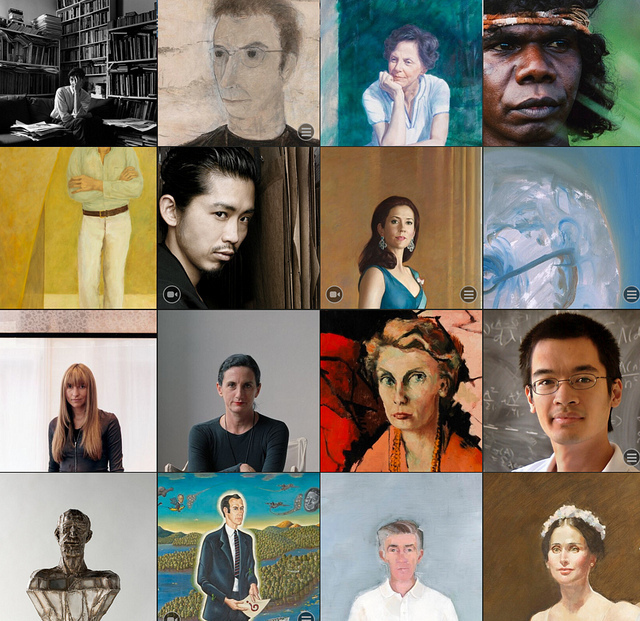 I'd sometimes wondered why it was necessary to have galleries dedicated to portraits. I don't know whether this Wikipedia list is exhaustive but there are National Portrait Galleries in London, Washington DC, Edinburgh, and Mariefred (Sweden). Then there's the Portrait Gallery of Canada in Ottawa.

Why don't they have a National Still Life Gallery or a National Landscape Gallery?

My theory is that it is an effort to define ourselves as a nation by our people. We want to highlight images of Australians whose achievements and presence in our midst we have valued materially and spiritually, and cherish emotionally. 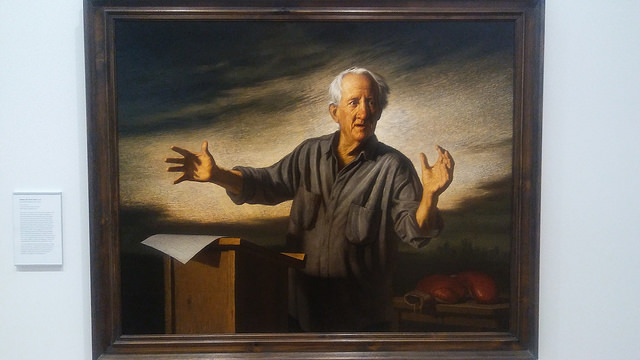 If we don't focus on the people, we default to abstract and potentially dangerous notions of nationalism, or the use of particular legends or stories that some Australians feel more at home with than others.

Recently I was talking with a friend who is a foreign-born non-Anglo Australian citizen. I asked him whether he felt Australian. He said no. I felt sad and did not want to dwell on it by asking him to elaborate.

But I don't think Waltzing Matilda means much to him, let alone the Anzac legend. On the other hand, a visit to the National Portrait Gallery, with its representation of the images and stories of Australians of diverse cultures, might make him reconsider his answer to my question. 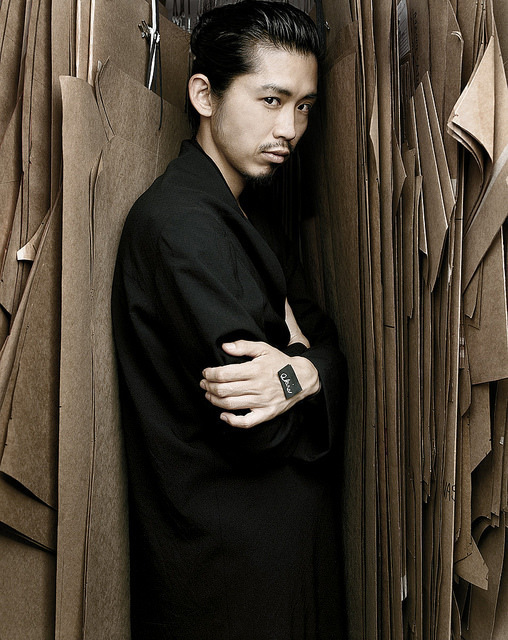 Years ago, somebody I regarded as a mentor told me that he had a strong dislike for flags of nations. I didn't fully appreciate what he meant until the Cronulla Riots of 2005 and I saw the Australian flag as a symbol of ugly nationalism. Since then I have taken the position that we should not change the flag to lose the outmoded Union Jack. Instead we should minimise its use.

The ABC's Australian Story TV program has done a great job over 20 years putting people at the centre of various preoccupations. Tonight the program begins its 2017 season, the first without its own mentor figure and contributor Caroline Jones. If I was disappointed by anything at the National Portrait Gallery yesterday, it was that they have in their collection two portraits of Caroline but neither is on display.