There were a few reactions to what I wrote yesterday about my dream for a 'mass movement of peace'.

One friend who worked in aid and development in Africa wrote: 'I confess to liking the idea of pacifism, but being very happy to have an AK47 in my room when the Lord's Resistance Army were close by - and [I was] willing to use it'.

Another argued for a just war: 'I fully support Hiroshima/Nagasaki [because] I'm convinced by the scholarly research that the number of lives likely saved by reason of the two bombings way exceeds the lives lost and the other consequences'.

The key to this is that it was justified by the scholarly research. That's not what was used to support the US missile attack on the Syrian air base last week. 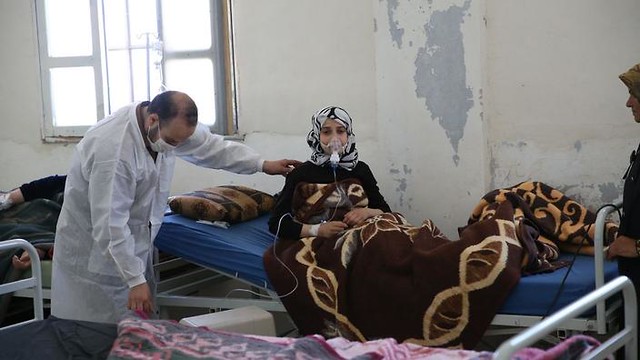 In that case it was information about the Idlib chemical weapons attacks passed on by the White Helmets humanitarian group, which has made it clear it wants to see Assad gone.

Prominent US journalist Max Blumenthal wrote in AlterNet last year that the White Helmets were 'created by Western governments and popularised by a top PR firm' and that they are 'saving civilians while lobbying for airstrikes'.

If that's true, we cannot rule out the possibility that the Russians are correct when they claim that the Idlib attack was a false propaganda event staged by the White Helmets.

The former diplomat Tony Kevin wrote on the Australian Institute of International Affairs website on Monday that 'well placed observers' say there was 'zero US intelligence linking Assad to the alleged chemical attack in Idlib and Trump’s decision to attack the Syrian air base was taken entirely on the basis of the White Helmets' audiovisual material'.

Another friend who wrote to me yesterday - Justin Glyn - has an article in Eureka Street titled 'No easy judgment in Syrian chemicals attack'. He provides a long list of reasons to doubt US claims about the attack, which may even have not involved chemicals. 'The pictures released show the rescuers apparently unharmed... If it was a sarin attack, the rescuers would be as dead as their victims'.

Yet US Secretary of State Rex Tillerson insists it was 'chemical weapons' and says 'there is no doubt in our minds that ... [Assad is] responsible for this attack'.

This could be the kind of false intelligence that led the US and the 'Coalition of the Willing' to blunder into the Iraq invasion in 2003 that has arguably precipitated most of the trouble we have in the Middle East today. We all remember the 'mobile [chemical] weapons laboratory' that was used to justify the invasion and was later found not to exist. Now we could have a war against Russia based on false intelligence.

This morning I went to a gathering of an unnamed group of around ten retired Australian diplomats at the Glover Cottages meeting place of the Australian Institute of International Affairs at Millers Point in the Sydney CBD (pictured).

There were presentations and discussion over three hours around the topic of what should happen to Australian foreign policy during the Trump presidency. The focus was on whether the ANZUS alliance does and should have a future. 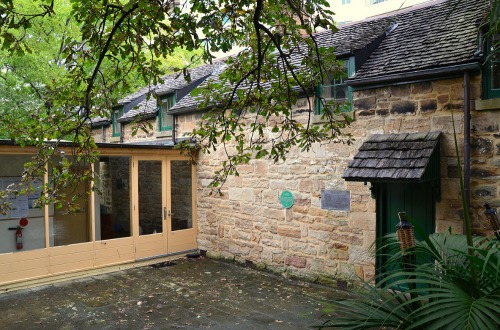 The convenor is a friend of mine and I think he asked me along to help make up the numbers. I was more than happy to attend, even though I knew I would be the only participant without foreign policy expertise. Fortunately they made me feel very welcome and I did not feel out of place.

He self-deprecatingly referred to the group as the Doddery Daiquiri Diplomats. In fact it included a lot of sharp minded individuals with energy and determination and a strategy to play a part in the shaping of Australian foreign policy at a time when it is at the crossroads.

The consensus was that it is time to let Australia's 'insurance policy' ANZUS alliance fade into obscurity. It was suggested that the costs of the insurance 'premium' - including Australia's commitment to the conflict in the Middle East - are not worth the questionable benefit.

In other words, there is little certainty that the US would come to Australia's aid at a time of crisis, and indeed the alliance with the US could well draw Australia into a nuclear crisis. Specifically, America's heavily reliance on the Pine Gap defence intelligence facility in central Australia is such that it would probably be an early target in the event of a nuclear conflict involving the US. The nuclear fallout would impact Sydney and Melbourne.

In considering whether politicians would be willing to listen to the Doddery Diplomats, it struck me that the group was too principled to play its strongest card in its lobbying for exiting the alliance with the US. That is the fear card.

We've seen how politically effective it has been for party leaders to cultivate and exploit people's fear of asylum seekers arriving by boat. It's easy to imagine politicians acting to end our reliance on the US if it is brought into the minds of ordinary Australians that a cost of this alliance is the very real prospect of a nuclear attack on Pine Gap.

I hardly think the Doddery Diplomats are going to propose some kind of Grim Reaper fear campaign. They are not politicians. They favour education and cultivating strong and effective diplomatic relationships over playing with the insecurities of the Australian people. The unfortunate reality is that it has been demonstrated that fear is more likely to get results.

This morning I was listening to the radio and heard a quote from Steve Bannon, chief strategist and Senior Counsellor for the Presidency of Donald Trump. He told the Hollywood Reporter: 'Darkness is good ... Dick Cheney. Darth Vader. Satan. That’s power.'

There’s a lot we’re hearing at the moment that is intended to make us fearful. It’s life in the ‘post-truth’ world. People say things to get a reaction. During the election campaign, Donald Trump said a lot of things that he didn’t mean in order to get elected. It worked.

I think that the truth in Bannon’s comment is that real political power comes from turning off the lights to create darkness in a metaphorical movie theatre. The intention of this is to hijack our imagination and overwhelm our rational thought patterns with all kinds of grotesque images for the purpose of creating fear.

Fear paralyses our rationality. It makes us captive. It's the new slavery.

In a climate of fear, we make bizarre interpretations of human behaviour that drive us off course. Last Monday, I was walking north along Pitt Street in the Sydney CBD. There was a young man walking next to me at a similar pace who was moving his hands erratically. Suddenly he said in a slightly raised voice: ‘It’s time’.

My immediate thought was that he was indicating that he was about to unleash some kind of terrorist mayhem on what was one of Australia’s busiest pedestrian thoroughfares. So I discretely crossed the street and walked in a completely different direction, away from the where I was heading for my appointment.

Most likely he was talking on his phone using a hands-free device that was not immediately obvious. Probably he was listening intently to what his friend had to say, moving his hands as many people do, and exclaimed ‘It’s time!’ in response to something his friend had said.

That was the truth of the situation, yet in the darkened movie theatre times we live in, I am conditioned and compelled to fear the worst and take myself off course.