I'm always fascinated by comparisons between Sydney and Melbourne. On the weekend I came across an observation about men's street fashion, from blogger Giuseppe Santamaria.

'Melbourne is a lot more experimental, more artsy - its arts culture is reflected in the people who live there, and how they express themselves. They take more risks. Whereas in Sydney, you see more of the trends.' 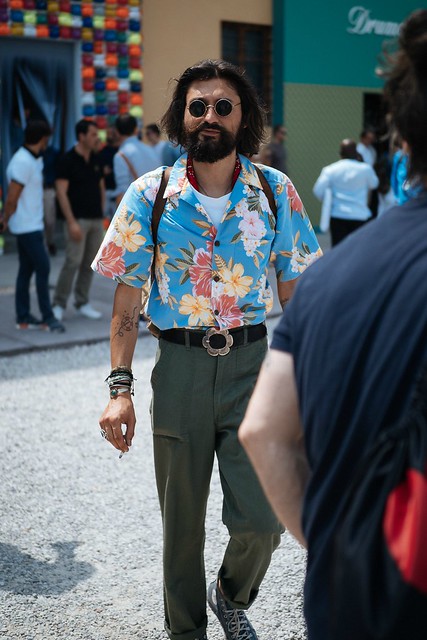 Wherever we live, the clothes we choose to wear are a form of self expression. They say a lot about our values and who we are.

I don't wear suits. I bought an Aldi suit about ten years ago for a particular occasion. I wore it just once or twice before discarding it when I was culling my wardrobe. My previous suit had been bought for me by my mother in the 1980s. I discarded it only a couple of years ago, and surprisingly it still fitted me.

Nor do I wear ties. I bought one from an op shop for an event in 2012, and I have only one or two others in my wardrobe that date from the 1980s.

Occasionally I receive invitations to functions that my old school holds in Sydney. I always rule out attending because it is compulsory to wear a lounge suit. 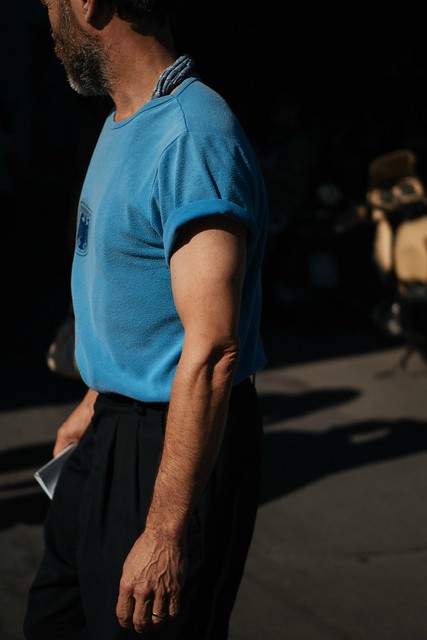 I don't own a lounge suit and feel strongly that I would not want to buy one for a function like this. Moreover I think the particular dress requirement is a sign that I don't belong there.

That is something I used to resent. But now I think it's just a sign of who I am, or who I have become. I have moved on from the cultural norms of my old school, even though I respect those who still feel at home with them.

Dress is perhaps our clearest and most socially apt form of self-expression. If I wear clothes that I feel I do not feel comfortable in, it is self-censorship rather than self-expression.

In the past I've paid little attention to what I've worn. Fundamentally I've been risk averse and timid (that in itself has made a powerful if unintentional statement). But as I've moved towards a greater degree of self-possession, I've begun to make more deliberate and striking choices. I'm less reliant on comments and advice from friends.

My choices are in the interest of uninhibited personal definition more than style or fashion. I'm proud of having lost weight, so I tend to wear skimpy clothes to show that off. I also wear Icebreaker merino clothes that rarely need washing, for environmental reasons and also practicality when I travel. 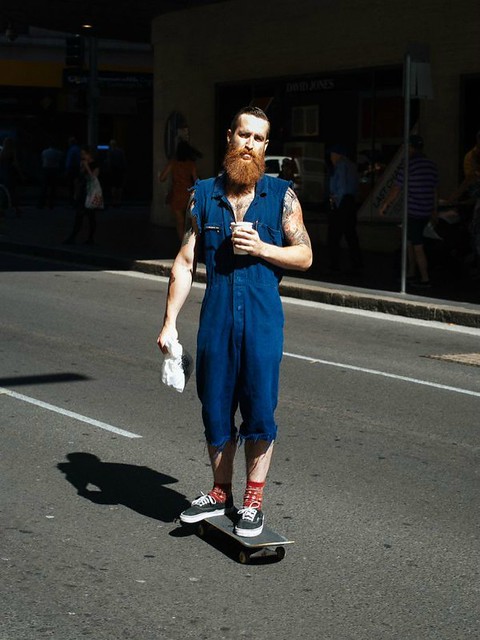 I like bright colours, but I'm only beginning to pay attention to aesthetic and ornament in the way that I dress. I've never ever worn jewellery, and haven't even considered how such details as belt buckles and the style of my watch can influence how I feel about myself.

But I was interested to browse through the photos of Giuseppe Santamaria in his blog Men In This Town, which I've copied here. Inspired by the New York Times' unassuming longtime street fashion photographer Bill Cunningham, who died last year, he is a street photographer who steals photos of male passers by whose dress attracts his attention.